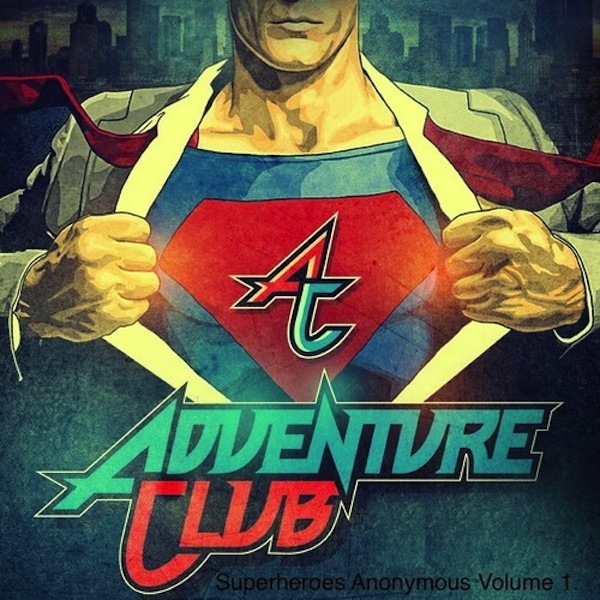 Montreal, Canada’s ADVENTURE CLUB have announced additional dates for their “SUPERHEROES ANONYMOUS TOUR” set for this fall.  In early November, they will perform additional dates in the northeast including New York, Philadelphia, Clifton Park, NY, Sayerville, NJ and Hartford, CT as well as Raleigh andOrlando.  After the tour wraps, ADVENTURE CLUB will also perform a New Years Eve show in Milwaukee. All dates are listed below with more to be announced shortly.

Meanwhile, ADVENTURE CLUB—who is Christian Srigley and Leighton Callou—premiered their newest track “Gold” featuring Yuna on Billboard.com late last week.  The song will be officially released as the first single from their debut EP, Calling All Heroes Part 1, due out on BMG in October.  Already the song has garnered attention in the blogsphere:

“With one of their first originals in nearly a year, Montreal bass music duo Adventure Club returns with a vocal-driven dubstep tune in typically melodic fashion. After remixing Yuna’s serene single ‘Lullabies,’ Adventure Club has recruited the Malaysian songstress for their newest collaborative effort, ‘Gold.’  While their productions have dabbled in dirtier bass music territory, ‘Gold’ is a return to the soft sonic style that put them on the map… Adventure Club’s newest tune is as blissful as ever…”

“In the newest original track by Adventure Club, ‘Gold,’ you will hear Yuna repeat over and over the words ‘stay gold.’   One could derive that she is giving some pretty good advice one way or another, but this Malaysian songstress shines bright in the soft, yet dense, dubstep track.  All potential allusions and translations set aside, ‘Gold’ is another melodic and bass filled track from the Montreal duo and Yuna.”

Look for ADVENTURE CLUB to launch their month-and-a-half-long full-production headlining “Superheroes Anonymous Tour” encompassing 30-plus dates November 2 in Montreal. The tour is themed after their popularSuperheroes Anonymous mix series, the third installment of which is now available at http://www.soundcloud.com/AdventureClubDubstep. Other markets included on the tour are Boston, Richmond, Charlotte, New Orleans, Dallas, Austin, San Francisco, Eugene, Portland, and Minneapolis. The new production will be powered by 75000 watts and encompassing 77 LED panels. DVBBS, Dallas K andHunter Siegel will support on the entire tour.  Tickets for all dates are on sale now at www.superheroesanonymoustour.com and www.superheroes.wantickets.com.