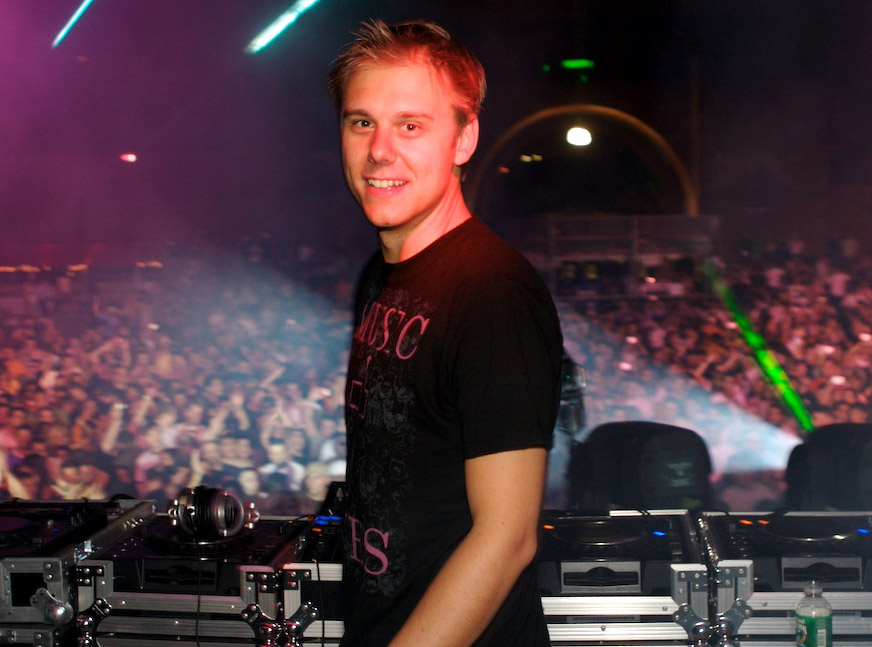 New York, NY- Joonbug.com, the premier online destination for New Year’s Eve events around the country is proud to announce New Year’s Eve 2013’s electronic dance music extravaganza, featuring a performance by global phenomenon Armin Van Buuren. The world’s most popular DJ will ring in the New Year at Pier 36, Manhattan’s mammoth 64,000 square foot pier that juts out onto Manhattan’s East River with breathtaking views of the Manhattan and Brooklyn Bridges and the Statue of Liberty.

On the most epic night of the year, dance music enthusiasts and New Year’s Eve partygoers alike will come together from all over the world and unite under one roof for the most full throttle New Year’s Eve event of the year. Armin Van Buuren, who has just reclaimed the #1 spot atop DJ Magazine’s “Top 100 DJs” list, has just released the seventh edition of his A State of Trance Classics (Armada Music) series. A collection going strong for over six years, the latest release contains 36 classics in a four-disc boxed set.

Being the world’s number one DJ and having performed at the world’s biggest and best festivals, clubs, events and shows, Armin Van Buuren will take over Manhattan’s Pier 36 for New Year’s 2013 as his first solo ticketed gig in over a year. The renowned Dutch DJ and Producer will perform an exclusive four-hour set for an epic countdown to 2013.

“I’ve never played [for] New Year’s Eve in New York City so it will be very special for me as New York is one of the most important markets for me. Fans can expect a full show with full production and some special surprises of course,” says Armin Van Buuren.

Tickets for this event will go on sale Friday, November 9, 2012 at 12PM EST. Stay up-to-date on ticket information onwww.joonbug.com/armin. For a complete listing of all Joonbug.com New Year’s Eve events or to purchase tickets, please call (212) 255-4233 or visit www.joonbug.com.

About Armin Van Buuren:
Armin van Buuren has been named number one in the prestigious DJ MAG Top 100 poll for a record of five years including 2007, 2008, 2009, 2010 and 2012. This marks him as the first DJ in the history of the DJ Magazine to achieve this record; an indication of his prolific output over the more than 15 years he’s been dj’ing and producing. In 2011, he became second in the critically acclaimed popularity poll, taking in a Top 3 position for the 8th year running. Being one of the world’s most popular DJ’s is just one of his many achievements, but the driving force behind his success is an overriding passion for Dance music.
www.arminvanbuuren.com