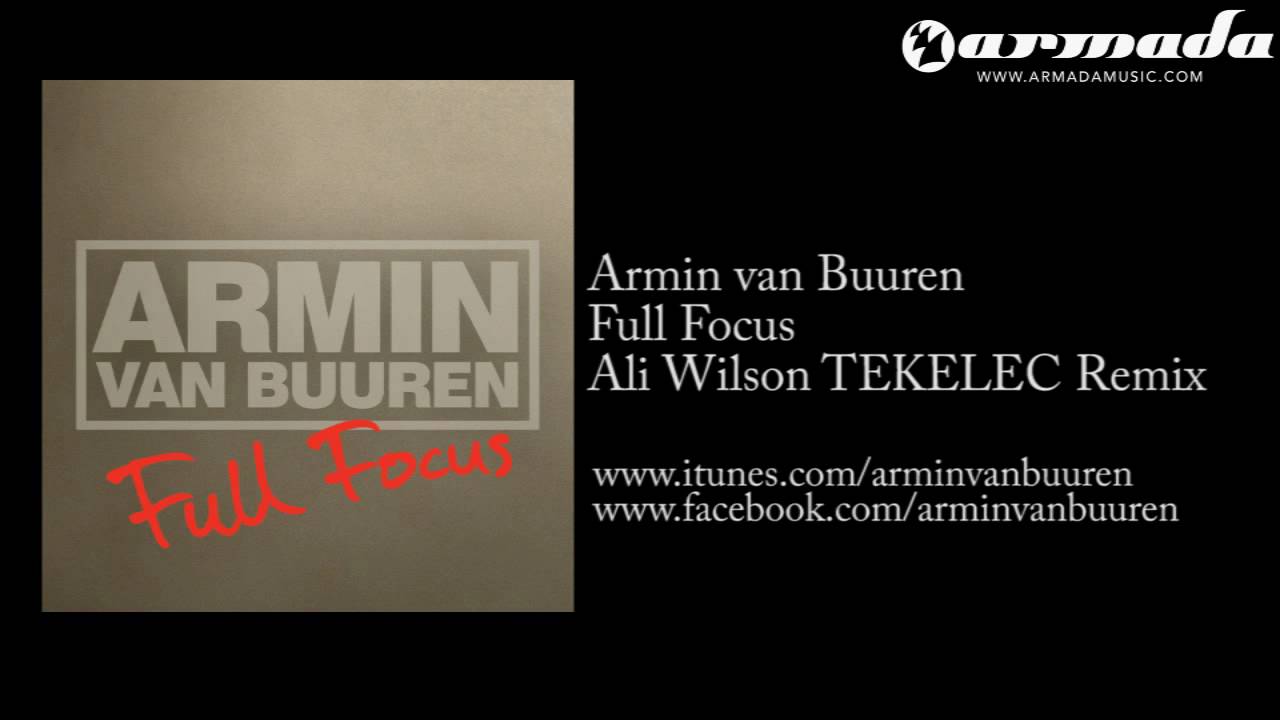 After singles ‘Gaia — Tuvan’ and ‘Broken Tonight’ with VanVelzen, Armin returns to the core with ‘Full Focus’: his own sound and instrumental power. The result is a banging trance track with a classical touch, techy effects and a strong feel for drama. Months and months of work, in between his many travels, have been put into this disk. And that’s definitely showing, ‘Full Focus’ is a crowd’s record, a highlight and encore at the many festivals, clubs and events Armin will be playing at this summer. After its exclusive release it became a Top 10 charter in the iTunes Dance Charts, and is still there in the many countries it’s been released so far.

The ‘Full Focus’ package is completed with several must-have remixes and original interpretations by some of the best producers in dance-land. John O’Callaghan, the number one Irish DJ/producer, gave a really deep techno-feel to the record, as where mister ‘Boombox’, UK producer Ali Wilson, remained on the housy, groovy side of it. Dutch talent Ummet Ozcan, ever on the rise of becoming the next big thing in tech-trance, makes you feel ‘Full Focus’ with an emotional interpretation, driven by strings and all the necessary components to get the hands in the air and the eyes closed for a trippy ride into trance.