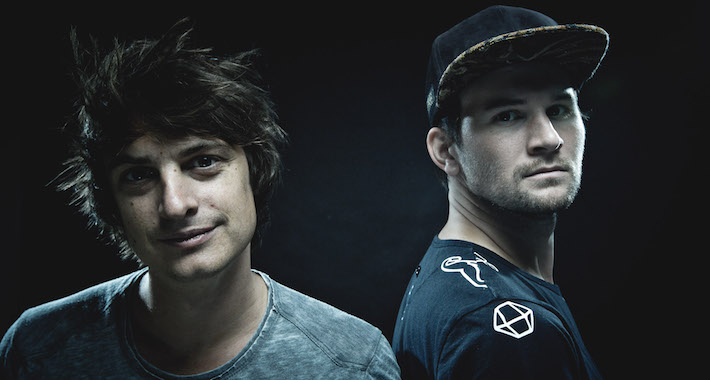 The fourth studio album from Austrian duo Camo & Krooked, Mosaik, is out today via RAM Records. Fans have been waiting for this one for a while. And by a while, I mean at least the last couple of years… C&K first teased that the album was under production in February of 2015.

Mosaik comes as the next series in the evolution of Camo & Krooked’s sound. Their first two albums, Above & Beyond and Cross The Line, both featured a more traditional drum & bass sound, though even Cross The Line had started to stray a bit. It wasn’t until their previous album Zeitgeist that C&K’s experimental side began to shine through. And as you might expect, fans were heavily divided over the album.

Mosaik is much like Zeitgeist in its desire to experiment and play with different sounds, though there are still some elements of traditional drum & bass present in tracks like “Witchdoctor” and “Mandala” with Mefjus. But overall, the album is much softer and slower than even liquid might be.

That isn’t to say that the album isn’t worth your time, in fact, it’s quite the opposite. Mosaik is one of the most cohesive albums of the year so far. Though the album ebbs and flows (at times ebbing perhaps too far), the connection from track to track is undeniable and creates a unique atmosphere that persists throughout the duration of the album.

As mentioned before, there are standouts. “Witchdoctor” and “Mandala” among them, the standouts tend to be closer to typical drum & bass than the album’s more experimental counterparts. By placing these key tracks toward the beginning, middle, and end, they’re keeping core listeners engaged and still forcing you on.

Listen to Mosaik by Camo & Krooked below.