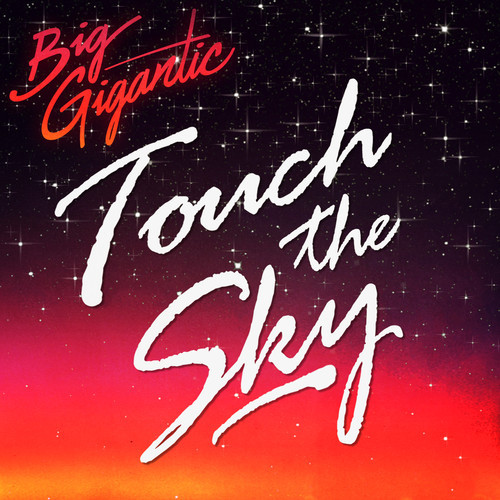 BIG GIGANTIC is known for their explosive live sets. For their vastly anticipated new album, titled The Night is Young set for release February 2014, Dominic Lalli and Jeremy Salken have captured the energy they have accumulated over the last two years of non-stop touring.  Today (Tuesday, December 10), the duo is offering fans everywhere a listen to its first official single with “Touch the Sky.”

About BIG GIGANTIC:
Formed in 2008, saxophonist/producer Dominic Lalli (classically trained with a master’s degree in jazz from the Manhattan School of Music) and drummer Jeremy Salken interpret traditional DJ-based music with live instruments and have successfully created an innovative, distinct sound that’s all their own. Their transcendent live shows are a showcase of brilliant improvisation and a tightly-knit bond between Salken and Lalli, who breathlessly alternates between keys, sax and laptop, building a futuristic wall of sound that keeps the crowd on its feet. The duo leaves no genre off-limits as they channel everything from funk and dubstep to house and hip-hop. Their latest album, NOCTURNAL, was released in early 2012 via their own label Big Gigantic Records as a free download on their website www.biggigantic.net and has received over 750,000 downloads to date. BIG GIGANTIC have spent the last year and a half on varioussold-out headlining tours across the country and received rave reviews from their many festival appearances that have included Lollapalooza, Ultra Music Festival, Hangout, Austin City Limits, Governors Ball, Bonnaroo, Electric Forest and Outside Lands among many others.