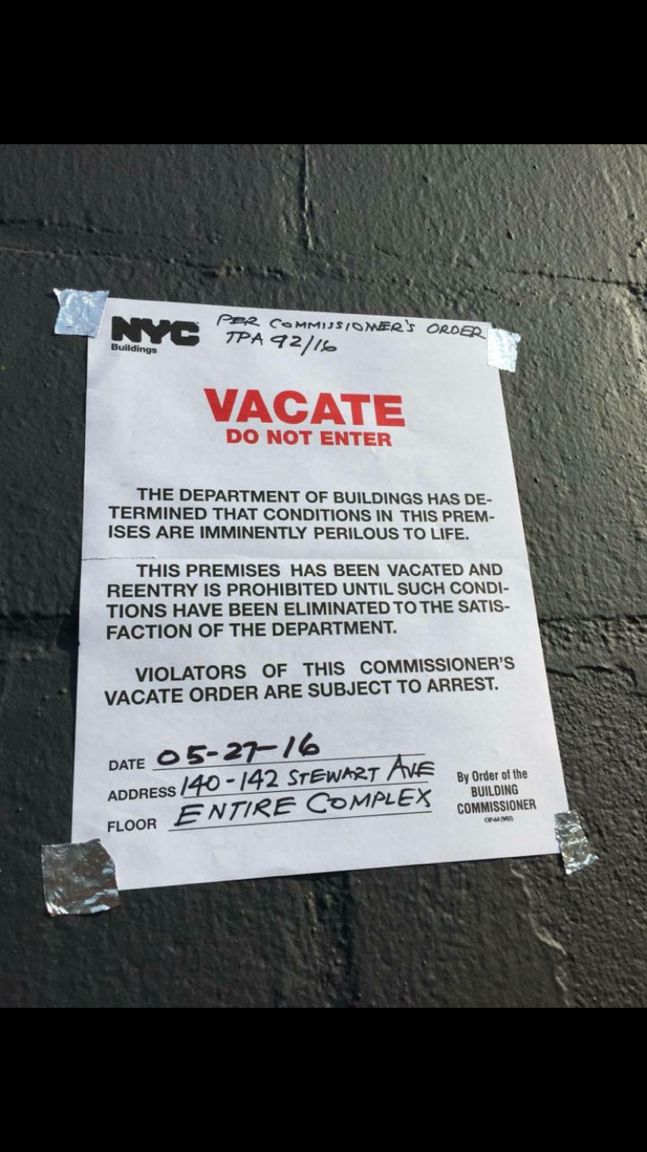 Brooklyn Mirage, the pop-up nightclub that was packed to the brim nearly every weekend last summer has officially been shut down by city officials. After arriving at the venue on Thursday, May 26th, the New York Fire Department was shocked to find a venue full of so-called “combustible material” and numerous other fire hazards.

As reported by Brooklyn Paper, a Department of Buildings spokeswoman has revoked the Mirage’s temporary place of assembly permit, essentially shutting the venue down for the foreseeable future.

This isn’t the first time that the organizer behind Mirage, CityFox, has been in hot water. Just last Saturday the venue was busted by police for selling alcohol without a liquor license, as well as the debacle last Halloween at a Greenpoint warehouse that was full of toxic and flammable chemicals.

The State Liquor Authority denied the nightclub’s application for a temporary liquor license for the site earlier this month and a full license is likely to never be granted after last Saturday’s bust and this clear lapse of safety measures.

For Brooklyn partygoers this shut down is indeed tragic, but as many promoters have learned in the past — you either play by the rules, or you don’t play at all.