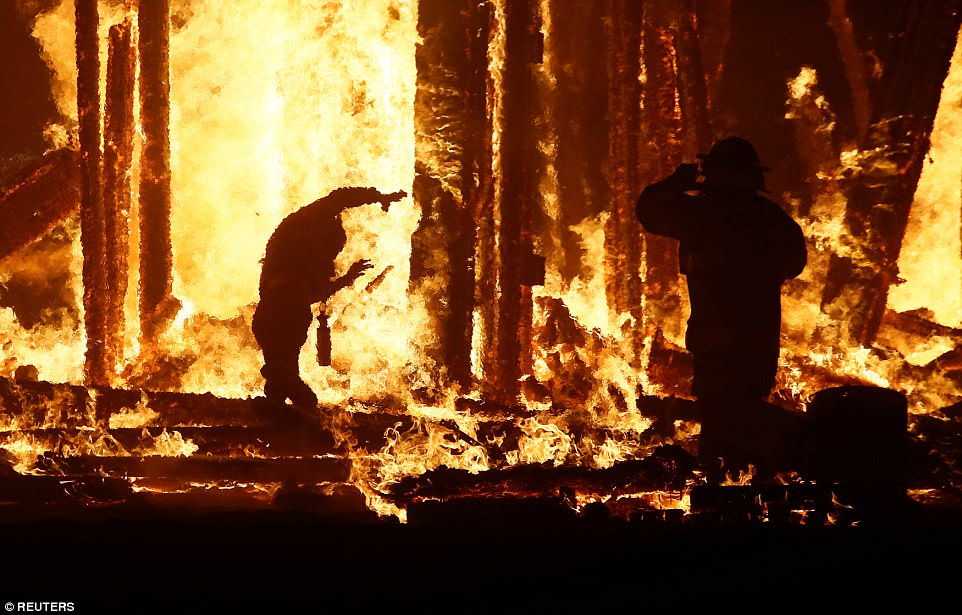 Burning Man has released an official statement following the death of an attendee, after the man ran straight past security and into the flames during the Man Burn ceremony last night…

The 40-year-old man identified as Aaron Joel Mitchell broke through the safety perimeter and willingly jumped into the flames, according to eye witness accounts and various footage of the incident. With the investigation still underway, there are more questions than answers at this point.

Burning Man cancelled scheduled burns throughout today, but will proceed with the Temple burn at 8 pm Sunday night.

The tragic news has undoubtedly affected every attendee on the playa, and Burning Man is doing its best to keep it together while providing helpful resources/support to anyone who needs it. Read the official statement in its entirety here, and keep checking Burning Man‘s website and socials for updates as they are made available.

Aaron Joel Mitchell, 41, succumbed Sunday morning to injuries suffered after breaking through a safety perimeter Saturday night and running into a fire at the annual Burning Man event in northern Nevada.

Mr. Mitchell’s family has been advised of his death. Burning Man is working with local and federal law enforcement agencies, and an investigation is currently ongoing.

After being pulled from the fire by Black Rock City fire personnel, Mr. Mitchell was treated on scene, transported to the on-site medical facility, and airlifted to UC Davis Firefighters Burn Institute Regional Burn Center. He succumbed after arriving at the burn center.

The Burning Man organization canceled scheduled burns through noon Sunday but will proceed with the scheduled Temple burn at 8 p.m. Sunday night.

We’re aware this incident has affected not only those who responded immediately on the scene, but also those who witnessed it, and our Black Rock City community more broadly. We are working to make resources available to those affected. Here are some available now:

Emotional support teams have been made available to participants and staff. For people on playa, the Zendo Project is providing peer counseling at their space at 5:15 & A. Support staff from our Emergency Services Department’s Crisis Intervention Team are stationed at 3:00 & C, 9:00 & C, and 5:30 & Esplanade. Please seek them out.

Now is a time for closeness, contact and community. Trauma needs processing. Promote calls, hugs, self-care, check-ins, and sleep. We have found this article helpful for understanding how trauma affects us: “A New Normal: Ten Things I’ve Learned About Trauma”.

Our community is grieving after an incident during last night’s Burn. Here is our response. https://t.co/kbmd709CLF