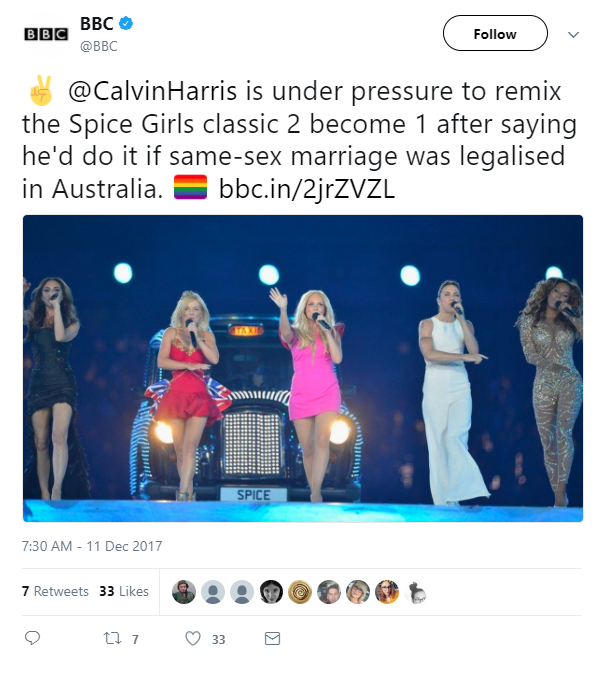 Calvin Harris likely forgot about the promise he made half a decade ago, but Filip Odzak has certainly not forgotten about the Scottish superstar’s agreement with him. After the Australian House of Representatives voted overwhelmingly in favor of same sex marriage, Odzak was quick to remind Harris of their gentleman’s bet.

Odzak took to social media following the legislation’s passing, proclaiming that “We made a deal — sealed with a handshake,” adding that he has been waiting a lengthy five years for this. “I’m very excited to hear what you do with the track to celebrate the occasion.”

Even Spice Girl’s own Emma Bunton weighed in on the wager, “Let’s spice up Calvin Harris! It would be fab for Calvin to remix ’2 Become 1,’” she told British outlet The Sun.

It is unclear whether or not Calvin Harris will follow through with the bet, but Odzak is holding out hope, going so far as to state in an interview with Australia’s Power Back Radio show, “You’re very rich, you can have anything you want. I’ve got nothing, just do this for me.”

Here’s to hoping, for Odzak’s sake, that Harris does good on his word.