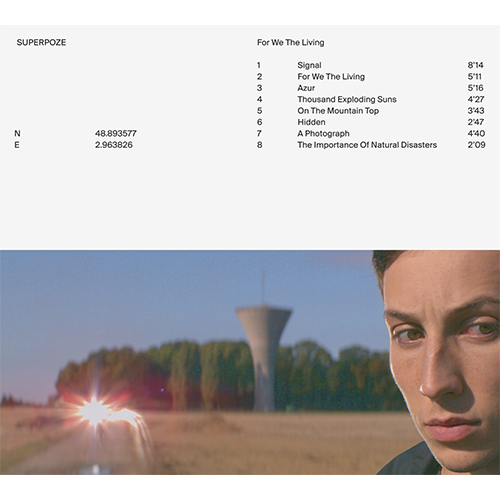 Earlier this year, the German-enthrallerÂ Christian LÃ¶fflerÂ released a reworked edition of his 2016 album Mare.Â Brimming with ethereal material, one of its particular standouts was a piano-driven take on “Haul” from the French artist Superpoze. Now, the two are reworking with each other’s material once more as Superpoze’s just released a deluxe edition of his record,Â For We the living,Â which features just three remixes, one being fromÂ LÃ¶ffler.

Considering that LÃ¶fflerÂ resides near the Baltic sea, it makes sense that his music is deeply fluid, enveloping, and vastly amorphous. In his own bio, he describes his music as a combination of “melancholy with euphoria.” He continues, “All my music is connected by a gloomy spirit, which is minted by a warm sincerity. I try to merge all kinds of different acoustic colors to obtain this feeling in my music.â His take on Superpoze’s new deluxe album title track, “For We the Living,” feels very much driven by this aforementioned gloomy spirit. It’s even more mellow than Superpoze’s original, which is surely a difficultÂ feat, and also explores a pleasing, eerily evocative sonic realm.