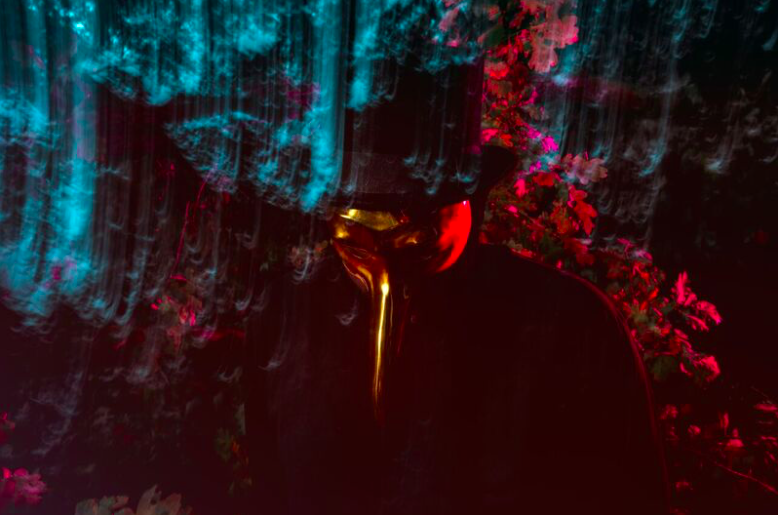 The science of a kaleidoscope’s reflection of the objects contained within the tube dictates that these enclosures—beads, sequins, mirrors—will never appear in the arrangement that was previously displayed to the gazer. The visual patterns that the kaleidoscope holder looks upon will be similar, but never perfectly identical in design, given the tube’s rotation. The enclosed objects shift, and the reflections follow suit, creating stunning sights that entice the viewer to look once more into the tube, to see just how the arrangement will appear next.

Looking into an artist’s musical catalogue is not unlike looking into a kaleidoscope–take Claptone’s as an example.

Seeped in soul, the modern house maven’s eclectic and entrancing range of house sounds have long pervaded house circles, a diffusion that can be credited to the release of the enigmatic performer’s debut album, Chamer, circa 2015. Rather than beads, sequins, and mirrors, Claptone’s catalogue contains a series of electronic elements signature to Claptone’s craft: four to the floor beat arrangements, a predilection for percussive emphasis—think “The Drums”—and rich instrumentation, darker, noir tones, and haunting vocal features that linger in the ears of listeners long after the given track has concluded.

With the release of Claptone’s sophomore outing, Fantast, fans of the Venetian masked producer gain the opportunity to observe Claptone’s catalogue once more, to see the components of Claptone’s inimitable sound contort to display a new sight, a variation of these sonic constituents classic of Claptone’s style.

The clear esteem with which Claptone holds a strong vocal is evident on each of the tracks that collectively comprise Fantast, although “Animal,” featuring Clap Your Hands, and the Latin infused “La Esperanza” with Katie Stelmanis are particular standouts. A Fantast listener, however, cannot ignore the prominence of Ben Duffy’s piercing vocal on initial single from the album, “In The Night,” and later release, “Stronger,” either.

Instrumentation too figures as a centerpiece of the album, although percussive focus submits to piano driven melodies on Fantast. “In The Night” again functions as a fine example of the robust attention that Claptone directs to piano inclusion, as does “Stay The Night,” “Under the Moon,” and “La Esperanza.”

Low pitched—and at times, viscously paced—synth work plunges to hit a deeper but nonetheless sweet spot on many of Fantast’s selections, like “Alone” and “Cruising.”

The motif of that which shifts figures perceptibly and with particular beauty in Fantast, an expansive follow up from the self-professed fantast himself, who experiments with diverse sonic textures and tones on what will undoubtedly be received as one of the most refined longform productions of 2018. With the arrival of Fantast, Claptone’s musical catalogue turns like a kaleidoscope to present a deeper and more experimental image of musical approach, an extension of the aesthetic patterns witnessed on Charmer, and one that commands a profound sense of intrigue, one inherent in the performative personality of Claptone.

Steady rockin’ at a 128 BPM, Rachel likes house music, warehouse shows that take you from sunset to sunrise, and translating her love for electronic music into the words that you find on Dancing Astronaut. A recent graduate of Rutgers University, Rachel is currently pursuing her Master’s degree in English at The George Washington University in Washington, DC. Rachel is an Editor at Large for DA.