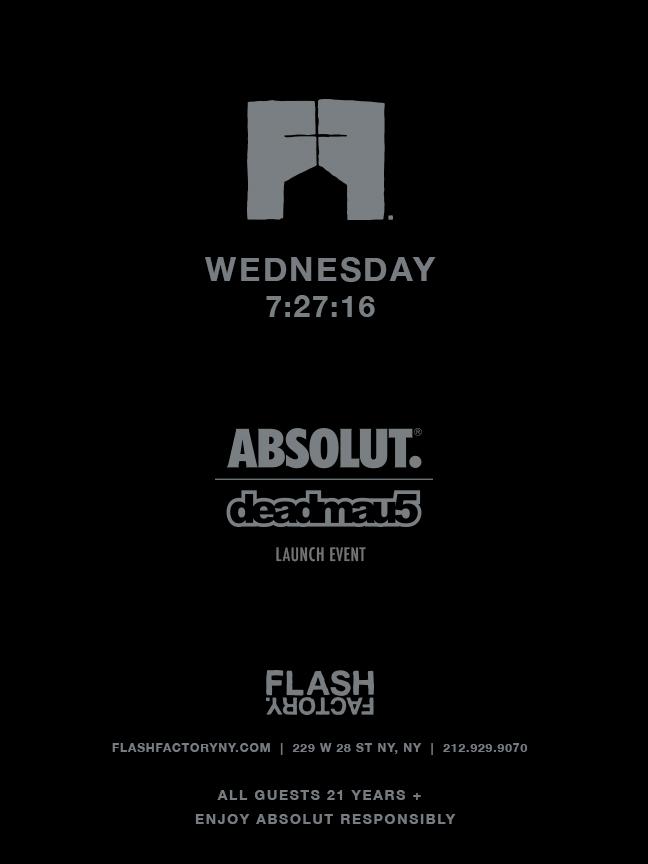 The official launch of Deadmau5 and Absolut’s new virtual reality game, aptly titled “Absolut Deadmau5,” is set for July 27 on iOS, Android and Samsung platforms. In anticipation, a limited edition cardboard VR headset made specifically for the game is already available for pre-order here.

In celebration of the game’s release, Deadmau5 and Absolut have teamed up once again to host New York-based fans at the official launch party on Wednesday July 27 at Flash Factory. Here, listeners will be treated to a full live set from Deadmau5 himself alongside what we’re positive will be a plethora of Absolut-based beverages.

To purchase tickets to the quickly filling, one-night event, visit the ticketing site.

For more information on the virtual reality game, click here. This article was first published on Your EDM.
Source: Deadmau5 Set To Launch Virtual Reality Game At NYC Live Set