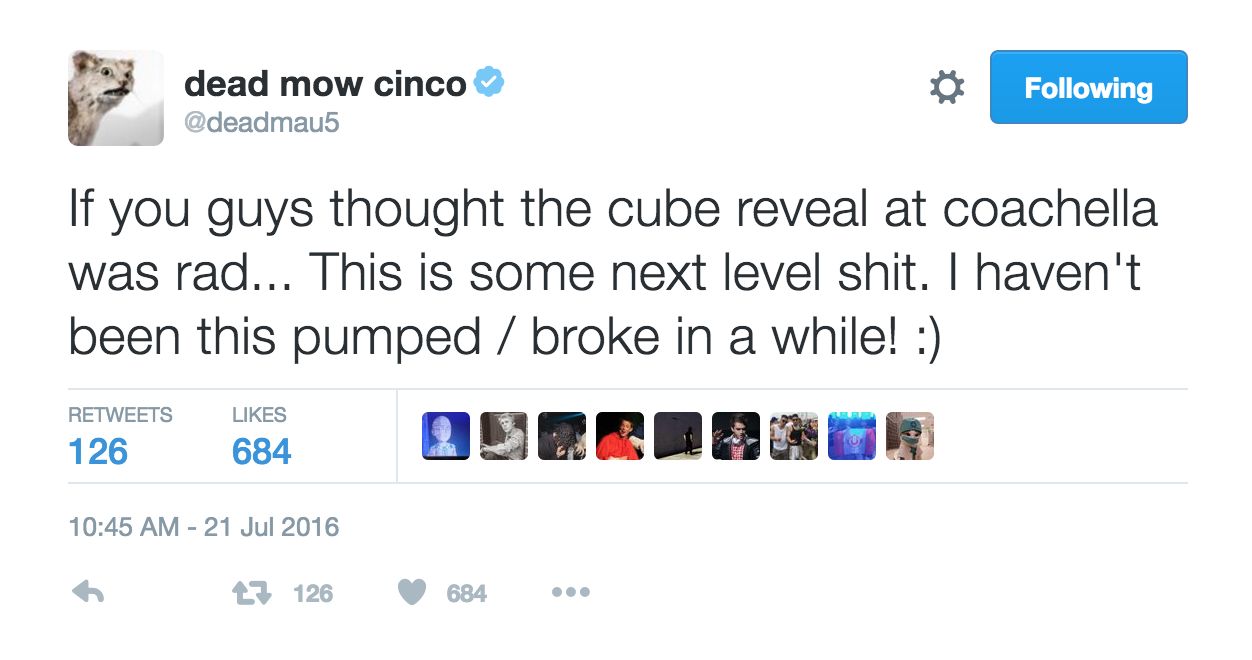 Despite his reputation for controversy and mercurial disposition, it is impossible to deny deadmau5’s production skills and commitment to putting on innovative live performances. It’s a desire that recently yielded his quickly-becoming-legendary back-to-back set with Eric Prydz at Tomorrowland — which the producer has hinted may be coming to the United States as well. This, of course, fails to mention perhaps his most iconic visuals: the mythical Cube stage.

Fans were undoubtedly excited when the Canadian superstar announced he would reviving the Cube in May. Now he has taken to Instagram to offer a glimpse as to what to expect when Cube 2.0 goes out on tour.

While the cube itself is fairly plain — it’s projecting solely white light — the post also features a fairly complicated-control board and a caption asserting that Cube 2.0 is “way fucking bigger.” As if that weren’t enough, deadmau5 recently took to Twitter to inform fans that this Cube debut would dwarf the previous reveal he had at Coachella.