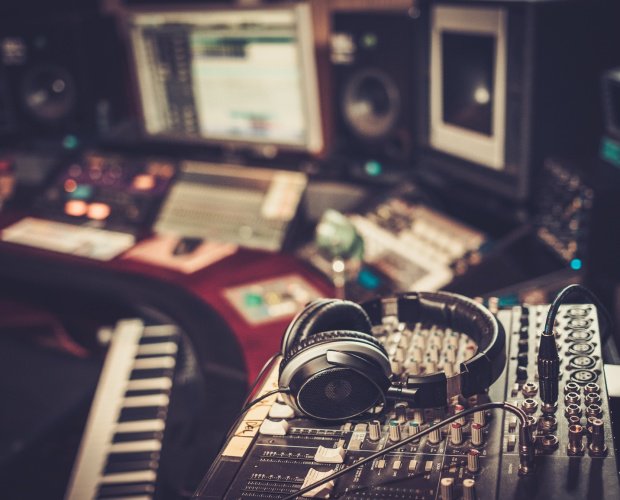 Dexter’s Beat Laboratory is a weekly collection of songs from DA music editor and staff writer Robyn Dexter. With a taste that can only be described as eclectic — to say nothing of a name that lends itself to punnery — DA is happy to present a selection of tracks personally curated by Dexter for your listening pleasure.

My love for The White Panda is in its fifth year. This duo was THE soundtrack to college for me, and whenever anyone let me near the aux cord at a party, their Bambooyah! or Bearly Legal mix was my weapon of choice. Their music has progressed significantly since then, and aside from a few mashups like their epic Lil’ Dicky/Great Good Fine Ok rework, they’ve been sticking mainly to remixes. Their latest, a remix of Lorde’s “Perfect Places,” is completely addicting. The beat they’ve crafted carries the listener along through Lorde’s vocals straight into an intoxicating, bouncing beat.

It can be tough to weed through Skrillex remixes. Any time a new track of his comes out, producers jump at the chance to put their own spin on whatever creation Sonny Moore’s come up with. When he released his unexpected house collaboration with Poo Bear, up-and-coming disco producer Goshfather teamed up with versatile artist DJCJ to put their own stamp on the track. Their collaboration takes feel-good track and gives it a disco twist. Heck, they even sampled “Scary Monsters and Nice Sprites.” What’s not to love?

I’ll confess: when I first saw Unlike Pluto open for Seven Lions and Pegboard Nerds in November, I didn’t know much about him. I knew a few of his remixes and was really fond of “Show Me Love,” but that was about the extent of my knowledge. Since being blown away by his set, though, I’ve followed each new release, becoming obsessed (and that’s putting it lightly) with tracks like “Worst in Me” and “Everything Black.” With his past two releases, Unlike Pluto seems to be drawing inspiration from the 90s. He released a beautiful cover of “No Scrubs” with Joanna Jones about a month ago, and put out another cover with Jones of Spice Girls’ hit “Wannabe” just a few days ago. The two have teamed up to form a side project called Why Mona, and the releases so far have been astounding. The nostalgia!

Bee’s Knees has released a diverse portfolio of remixes and original tracks over the years, many of them learning more toward the indie/alternative/chillwave side of electronic music. His remixes of SNBRN‘s “Sometimes” and Morgan Page‘s “Safe Till Tomorrow” garnered hundreds of thousands of plays — and with good reason. He’s a talented songwriter and producer, and his latest — a remix of Tei Shi’s “Say You Do” — demonstrates just that. With a lively piano pattern and tinkling tambourine, Bee’s Knees brings a spirited approach to the track. It’s a great easy-listening remix that’s full of life.

We’ll end this week’s collection of songs with a dark, sultry house track. Atlanta duo Halogen makes exceptional house tracks in general, but “U Got That” leans into the shadowy side of house music, leaving their usual sun-kissed vibes far behind. Some might call it “basement deep,” and that’s not far off the mark. With heavy, seductive vocals and a dark bass beat, Halogen prove they’re capable of producing all different shades of house music.