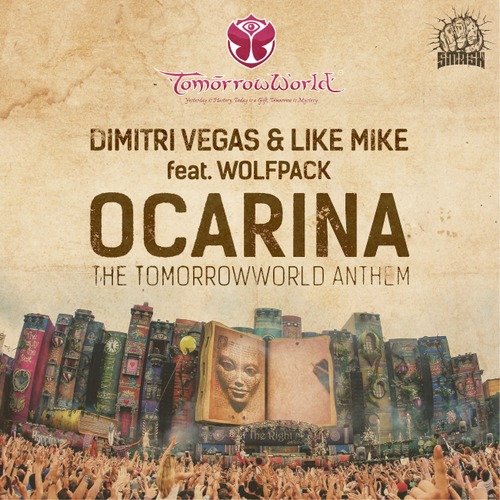 It is — without any doubt — The most sought after Dimitri Vegas & Like Mike track. For near on two years, fans of the Belgian brothers have been asking, clamouring, begging and practically demanding the pair release their epic collaboration with Wolfpack, ‘Ocarina’. It has been a long time coming but ‘Ocarina’ is finally set for an official release — accompanied by this brand new 3D animation style teaser video.

‘Ocarina’ is released on Beatport on Monday 23th September, just days before TomorrowWorld opens its doors for the very first time. Dimitri Vegas and Like Mike are expected to deliver a show-stopping performance in Atlanta, along with 300 other world class acts flying in to the hills of Chatthoochee across September 27th, 28th and 29th. Tickets and info: www.tomorrowworld.com

As one of the featured tracks on the Tomorrowland 2012 official aftermovie, the single has already been listened to by almost 90 million people around the world, with hundreds of thousands having been lucky enough to hear those by now familiar but still stirring chords and melodies dropped live by Dimitri and Mike at events across the planet. Soon, ‘Ocarina’ can finally be yours to own.