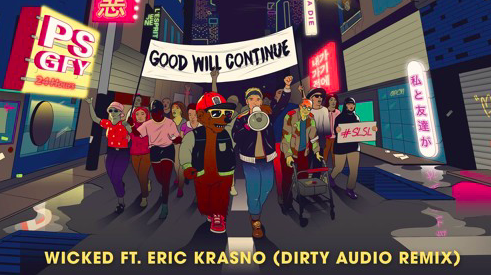 Dirty Audio’s done it again! The talented DJ/producer released his new remix of GRiZ‘s hit, “Wicked,” featuring Eric Krasno, and we’re hooked. Dirty Audio incorporates electro synths and hard-hitting bass into the beloved track, recreating it entirely. This is one remix you won’t want to miss and we’re pumped to hear what Dirty Audio comes out with next. Check out Dirty Audio’s remix of “Wicked” below and don’t forget to download GRiZ’s ‘Good Will Continue’ remix album, which is out now.

“It was an honor to remix GRiZ. I’ve been a fan of his forever. It was fun remixing the real instruments that GRiZ uses in his music.” –Dirty Audio