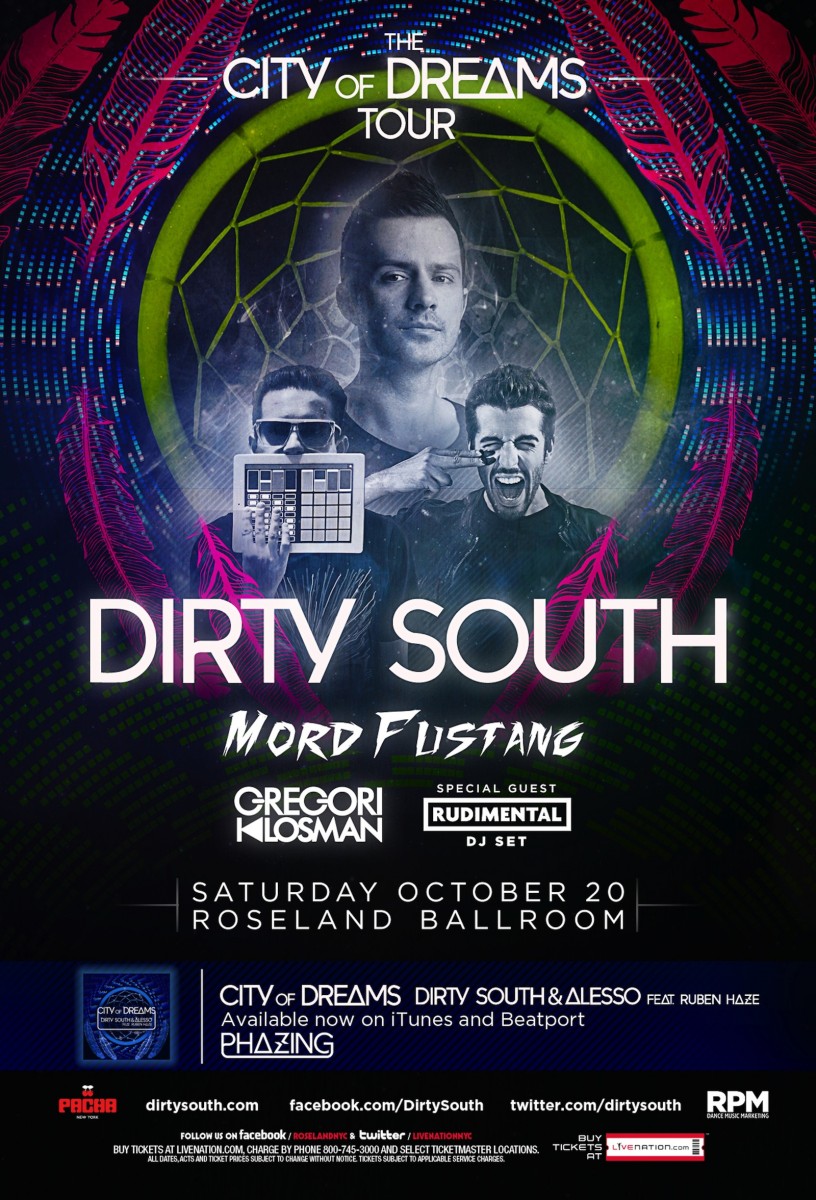 LOS ANGELES (September 10, 2012) — Dirty South’s latest single “City of Dreams” with Alesso featuring Ruben Haze is available today on iTunes and Spotify. The track, which was just released on Monday, August 27 on Beatport, took the #1 position on the site.

Dirty South is continuing to demonstrate the breadth and caliber of his talents not just as a producer and DJ under the moniker Dirty South, but also as a songwriter and musician under the project titled Ruben Haze, a band collaboration between him and Rudy, who champions the vocals on this latest single, “City of Dreams.” The song, originally composed by Ruben Haze, showcases a softer melodic side of the duo, normally famous for their big-room house sound. Dirty South has teamed up with Alesso on a club rework of the indie track, which is no less than an emotional magnum opus, featuring beautiful builds and aching hooks, called “City of Dreams” with Alesso featuring Ruben Haze.

Dirty South recently announced his biggest North American tour to date, the “City of Dreams” tour that will take him across North America, September through December, and will include stops at such iconic venues as New York City’s Roseland Ballroom on October 20 and Los Angeles’ Palladium on November 24. Tickets are on-sale now at www.dirtysouth.com and www.wantickets.com.