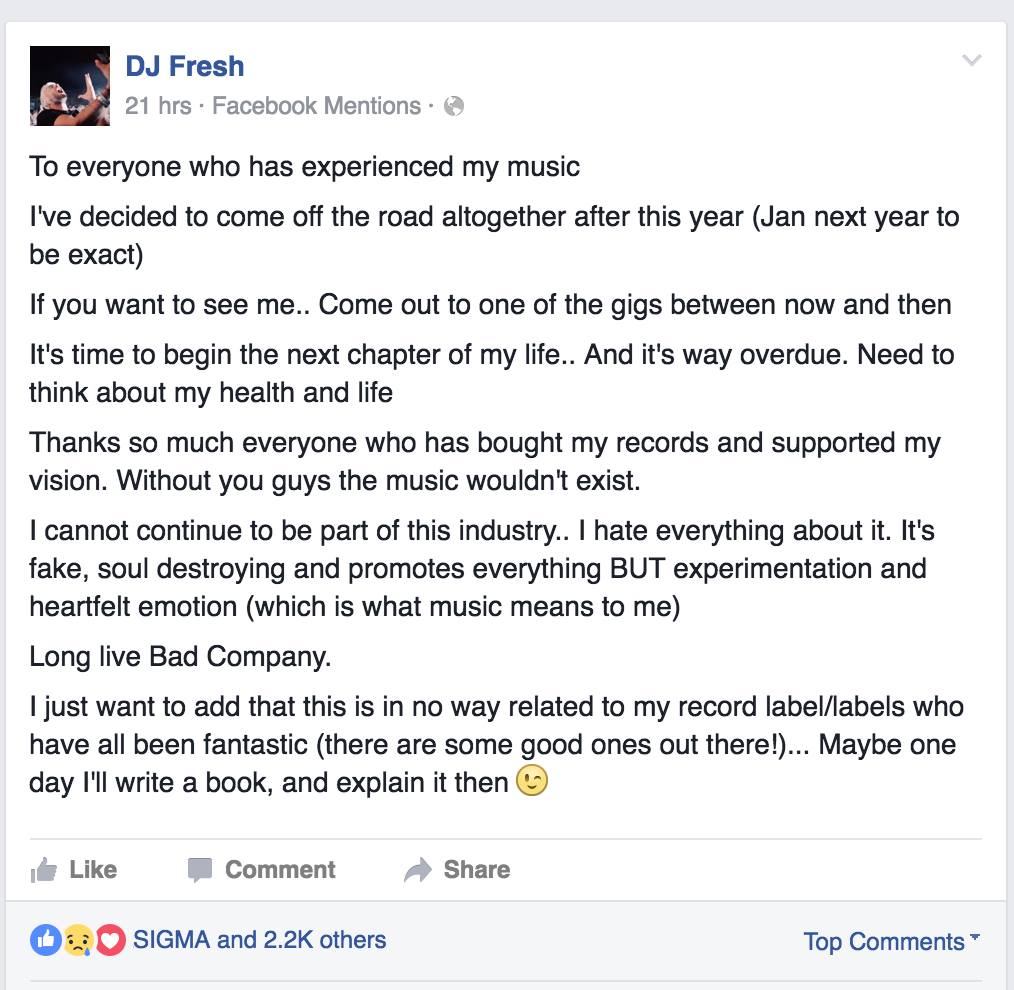 There are certain figureheads in genres that stand against the test of time and come out the other side stronger and more resilient than ever. Tiesto, Armin van Buuren, Showtek, Noisia, Avicii… these are all names that evoke a certain thought or characteristic in the minds of fans the world over. For those who love drum & bass, DJ Fresh has been one of those names.

Though most people are familiar with Flux Pavilion’s remix, the original “Gold Dust” is still a classic that gets rinsed quite often in sets. DJ Fresh was the first DJ to really make use of the incredible Rita Ora, and he has worked with many vocalists and producers over the years and continues to astonish with his own works. Unfortunately, it seems that fans won’t have a chance to see him for much longer.

DJ Fresh has announced his intention to quit touring after January next year, finishing up his current round of show dates before packing it in and focusing on other endeavors. He states, “I cannot continue to be part of this industry.. I hate everything about it. It’s fake, soul destroying and promotes everything BUT experimentation and heartfelt emotion.”

On the whole, there’s a chance that he’s right. However, it’s doubly unfortunate that he has not put in the effort to find more genuine sects of dance music to hang his hat on. There’s surely a large portion of the upper echelon of dance music that is vapid and superficial, but there’s a healthy and burgeoning underground that wants nothing more than to see each other succeed.

Regardless of his reasoning, we’re sad to see DJ Fresh go. Hopefully he will continue to push out quality music even if we won’t be hearing it on the road. This article was first published on Your EDM.
Source: DJ Fresh Announces That He Will No Longer Tour After Current Set Of Dates