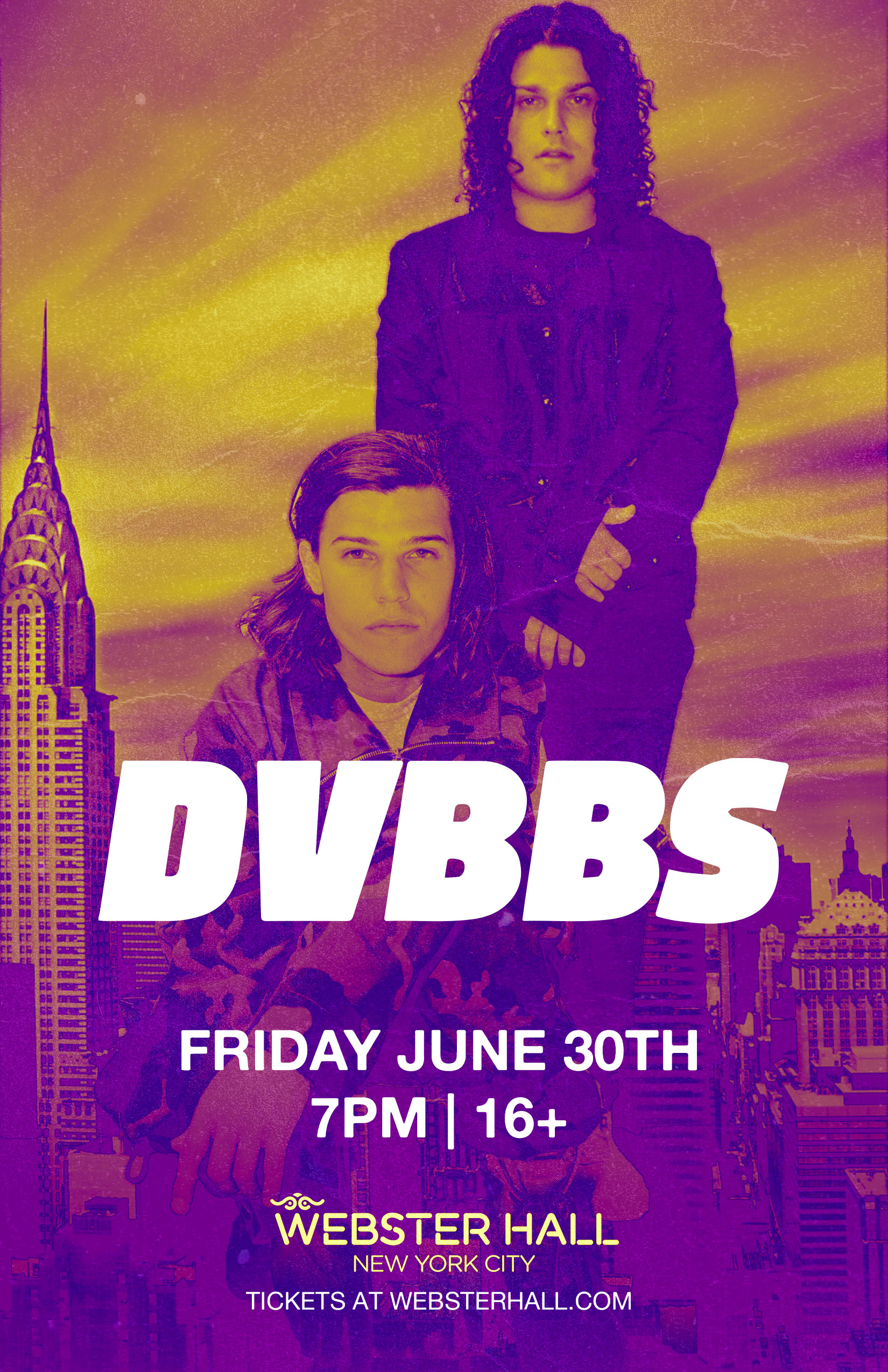 It’s been quite some time since our friends DVBBS paid a visit to the city that never sleeps so it’s no surprise that once their return was announced tickets started flying. Well, Webster Hell has the answered the prayers of many and announced the addition of another show due to overwhelming demand.

Next Friday, June 30th, DVBBS will be returning to New York City’s iconic venue for both an early and late show. The first show of the night will serve as a “teen night’ for ages 16+ at 7 pm while the late show is your weekly edition of Girls + Boys. What a time to be alive!