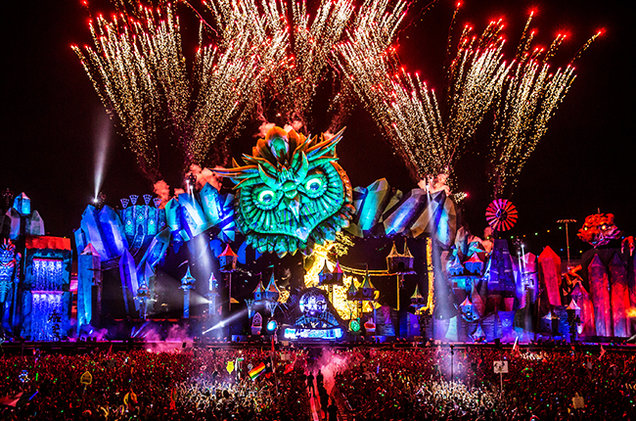 So we’re done with Day 1 of EDC Las Vegas. Artists like Kaskade, Eric Prydz, Jauz, Hardwell, Snails, Knife Party, and many more all threw down while over 135,000 fans danced late into the night.

With the sun high in the skies over Las Vegas and most of the ravers sleeping, let’s take stock of what happened overnight. According to metro reports, law enforcement made 22 felony drug arrests and six DUI alcohol arrests while Insomniac Productions revealed that 36 people had been kicked out for various offenses. It’s not stated whether the 22+6 arrests fall into the 36 people who were kicked out, but assuming they were, a day 1 arrest record of only 0.02% isn’t bad at all.

In addition to the arrests, there were seven traffic accidents, none of which were fatal, thankfully. And five people were transported to local hospitals.

Hopefully, the arrest/traffic accident/hospitalization numbers stay low throughout the rest of the festival and the rest of EDC Las Vegas continues on in the same vein that day 1 has.