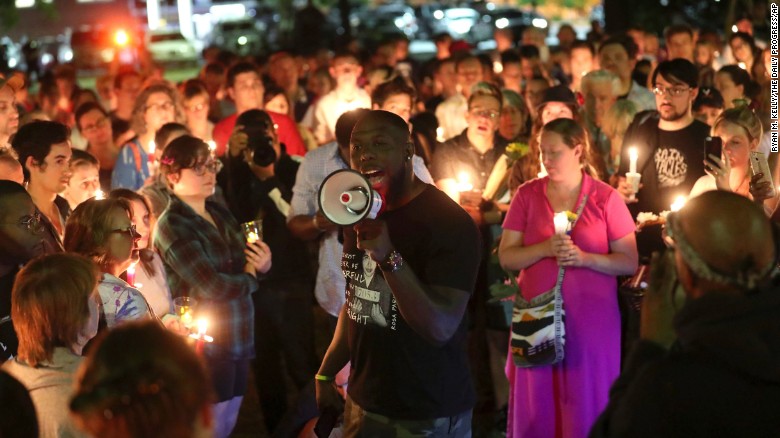 Yesterday’s protests in Charlottesville, VA, which ended in 3 dead, became a hot-button issue across social media. As former VP Joe Biden tweeted, there is only one side to this. A group of alt-right Nazis created unrest and instability in a once peaceful town that has become a flash point for discussions of free speech and xenophobia.

As the rest of the country waits for our President to say something, anything, condemning the actions of modern-day Nazis, the EDM community has spoken out regarding the tragedy.

In our country and it is the most upsetting and disturbing situation. My thoughts and prayers are with those effected and to everyone

This is not what America stands for and not what the people who actually protect our freedom fight for.

sending out 100% love to the victims of the Terrorist Nazi Attack in VA, which Trump has condoned by not condemning: Stand Up To Hate ❤️

We need to learn to love more and hate less. It’s the most human thing we can possibly do. pic.twitter.com/rMNI1htLYh

white supremacists can suck my fuckin ballsack
how do u not see that humans are all equal?
no one is better than anyone
y’all human garbage

goodnight to everyone except the Nazis in #Charlottesville, all the other Nazis, and also you, Mr. President.

What happened in Charlottesville today will not be an isolated incident.

Racist marchers in #charlottesville chanting “heil Trump!” @realDonaldTrump these are your people.

Let’s say what @realDonaldTrump and @GOP are too afraid to say: the racists in #charlottesville are human garbage.

Hey @realDonaldTrump the racists marching in #Charlottesville are YOUR supporters. Your racist speech has empowered them. They are yours.

i’m embarrassed, disappointed and angered at what’s happened in Charlottesville, VA; a city not far from where i call home

Totally disgusted by what’s going on in Charlottesville today. so backwards

Fuck racism and all these assholes in #Charlottesville !!!

Completely disgusted with the Charlottesville march right now. My heart is so broken to think people actually believe this is okay.