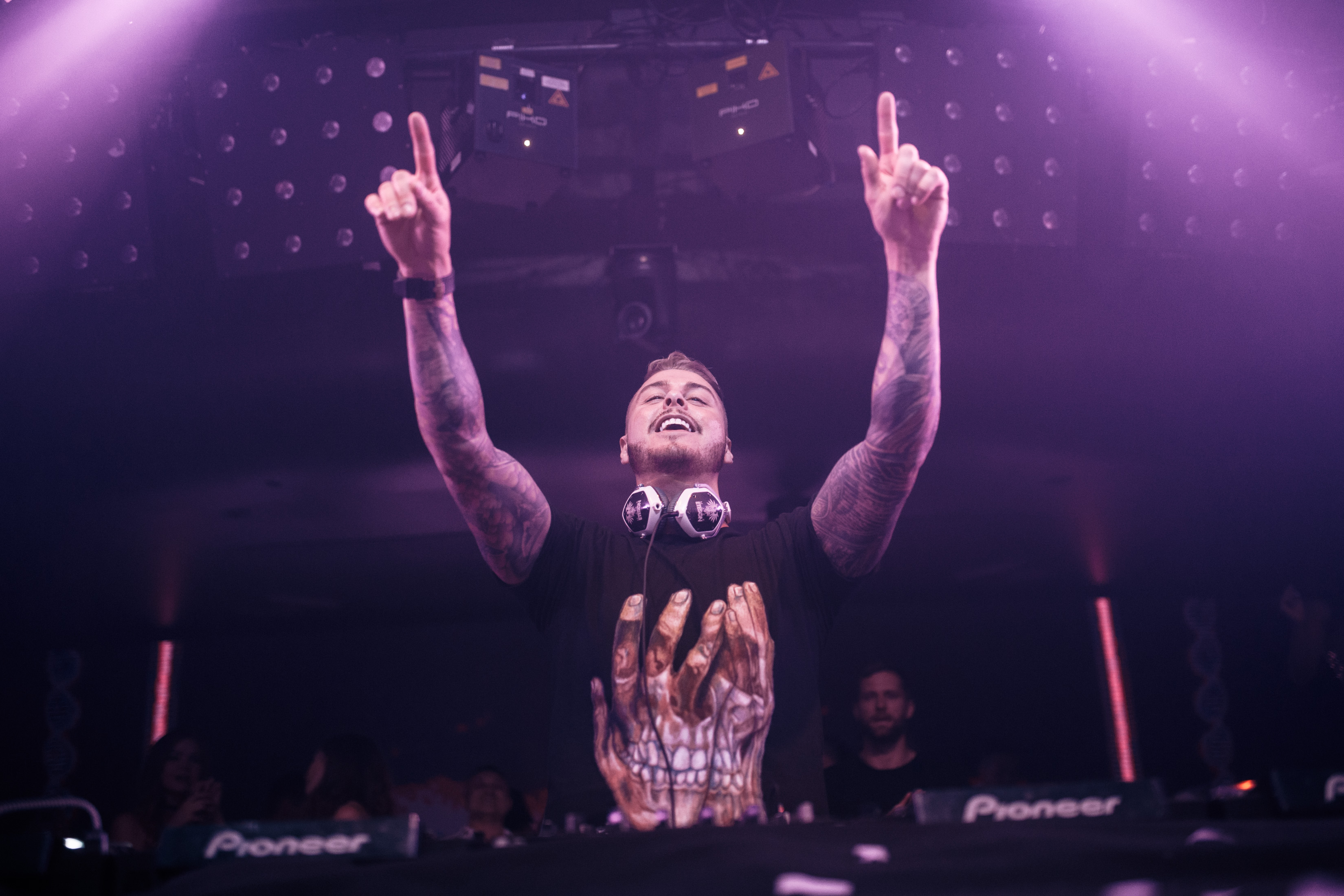 British turntable sensation Mark Eteson is no stranger to the world of dance music. With an 11 year career under his belt, Eteson’s resume includes a world wide residency at one of the world’s most respected dance music brands, Godskitchen; appearances at the world-renowned Global Gathering event for 9 consecutive years; and a recent signing as the premiere weekly resident DJ at the nightclub Playboy Magazine named as the “No. 1 Nightclub in America,” Hakkasan Las Vegas. An instant crowd favourite, Eteson has played his own headlining gigs and also serves as host of the club’s weekly radio show. The hour-long broadcast showcases Eteson’s polished DJ talent, with hand-picked secret gems from emerging acts intermixed with the A-lister DJ’s new peak-time weapons. His discerning taste has taken the show to new heights, seeing it surpass the biggest radio shows on the planet to securing the #1 position on the iTunes Podcast chart in 2014.

Eteson launched his debut record Atlantic in 2009, catching the eye of the legendary Paul van Dyk and becoming an instant hit in his BBC Radio One Essential Mix. His first Anjunabeats release, “The Hymn” followed in similar fashion, reaching the coveted #1 spot on the Beatport (Trance) chart. His evolving discography includes a multitude of Beatport chart smashing hits – Let Go (with Aruna), Breathe On My Own, Together among others-and remixes for the likes of Ferry Corsten and Cosmic Gate, all of which were released on top notch labels like Anjunabeats, Garuda Music & Vandit.

Currently, Eteson is poised to take over the millental music lover, with a slew of forthcoming records that showcase his unique take on modern electronic music that meld his passion for great melodies and meaningful lyrical content with forward-thinking, atmospheric landscaping. Having won the Best Rising Star at the 2013 Viva Las Vegas Awards, it’s evident we’ve only seen the beginning of Eteson’s musical endeavours: the best is yet to come.