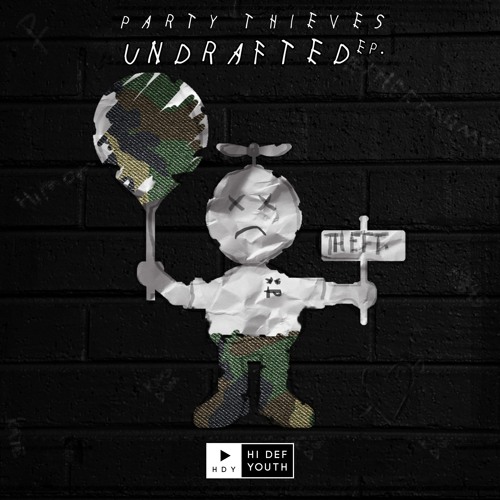 As part of their constantly expanding HDYNATION movement, trap godfathers Flosstradamus have just created a brand new record label called Hi Def Youth, no doubt an extension of their abbreviated HDY tagline. Known for years as two of the most established pioneers of festival trap, the duo’s label announcement comes as a welcome surprise for their fans and those of Party Thieves alike.

“We’ve been gearing up to launch our label Hi Def Youth and are extremely excited to kick it off with one of our favorite new producers Party Thieves.” – Flosstradamus

The first formal release, set for May 13, will be Party Thieves’s four-song Undrafted EP. Its first single, “BADD,” has already been uploaded to the label’s official Soundcloud, setting an explosive and massively energetic precedent for the remainder of the EP.

“Like many trap artists, Flosstradamus was one of the first trap acts that inspired me to get into production and pursue a music career. Being able to join HDY Nation as the first artist to release under Hi Def Youth is truly an honor.” – Party Thieves

Listen to “BADD” below, and keep your eyes peeled for further Hi Def Youth releases.