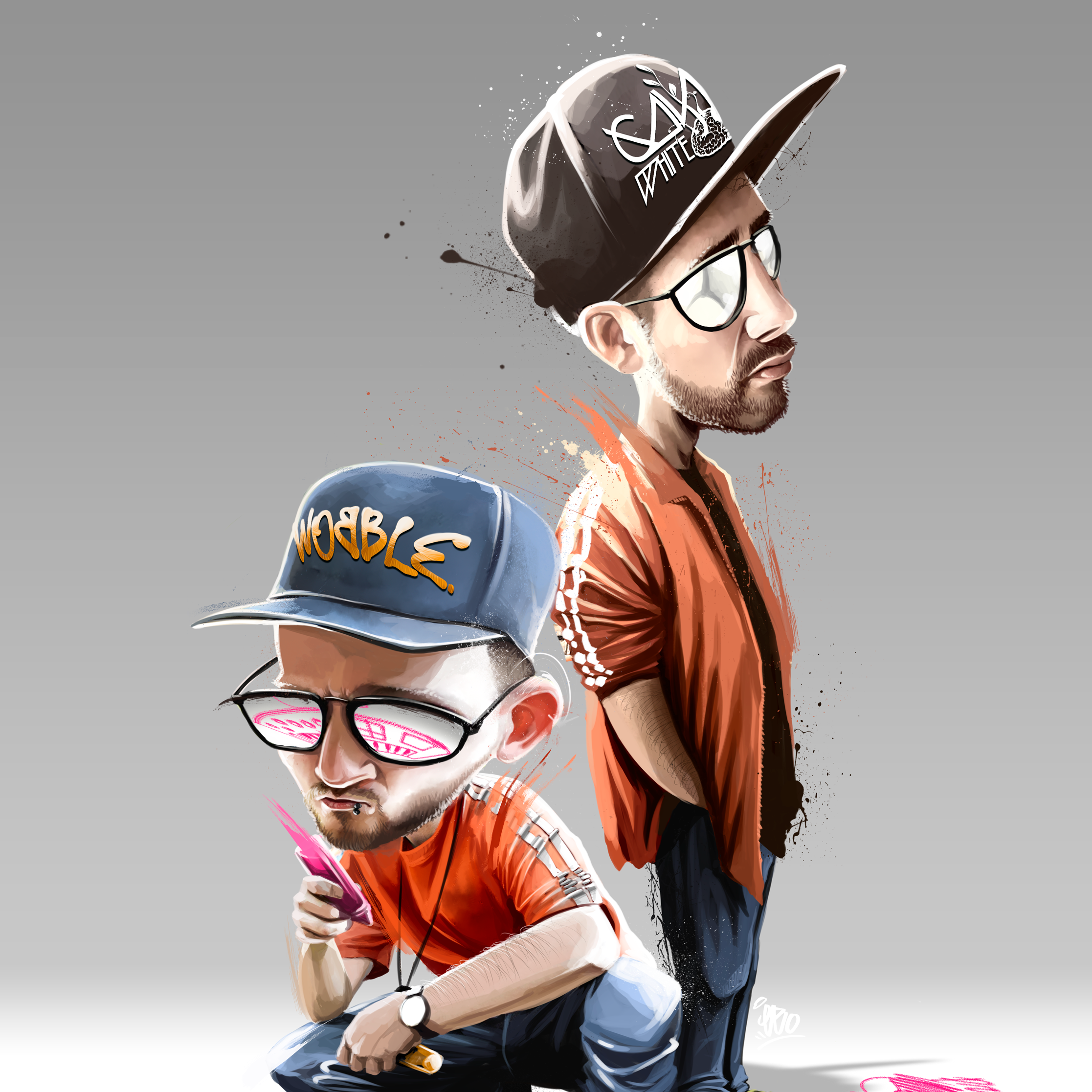 
Belgian duo Ganja White Night have teamed up with Colorado-based dubstep producer Dirt Monkey for their latest original “No Escape,” released via SubCarbon Records. When the duo premiered the track on Electric Forest‘s iconic Tripolee Stage this past summer, the reactions generated an infectious outbreak of wobble fanatics.

With a drawn out Middle Eastern-inspired lead in, GWN fashion a track that builds on their long time love of ethnocentric sounds and voices, long intros, and harmonies. Dirt Monkey’s influence is immediately evident with his devastating basslines and cunning, intricate melodies. The track is an iconic representation of what the duo has in store for their upcoming album, dubbed The Origins, which seeks to construct a cinematic bass music experience that incorporates reggae, dub, hip-hop, and D nB with influences from the Middle East, Asia, Africa, and Latin America.

We’re very keen on this Mr. Wobble character in your music videos. What can you tell us about Mr. Wobble’s story/background that I can’t get from watching the animation?
There is still a lot of mystery and we don’t want to say too much because we have a lot of projects that we want to go deeper into. There’s just so many ways to go deeper into the story, there’s a lot of doors open now. We just introduced a lot of characters, so there’s a lot of new avenues to explore. We have so many plans. We wanna do music videos, comic book, full visual experiences where every song has its own visuals.

The Dirt Monkey collaboration is definitely a standout on the upcoming LP. Tell us about this process and working with Patrick.
We met in Denver first; we were speaking before the show, and noticed we had a lot in common musically. We are around the same and we started making music around the same time, we’d been following the same practices, we have the same inspirations, and and just felt a connection. We then went b2b in Minneapolis, it was our first curated festival in Minneapolis, and we felt it and it was like “oh shit. So it all came really naturally. So yea he had us listen to his stuff, and it went into a full EP actually. I think he felt that SubCarbon was the place where he felt comfortable, we are the same kind of par core.

What is on the horizon for your imprint, SubCarbon Records?
We created SubCarbon when we started making music because it was the only way we could be released. Big labels weren’t interested in our sounds. For Patrick [Dirt Monkey], he already had his label but he felt SubCarbon was a fresh place for him because it had this wobbly sound and all his new tunes are wobbly, groovy. I think that’s what people are looking for when they see a release on SubCarbon. That’s what is great about Patrick, he always brings great vibes to a set, it’s groovy, its dancey, you want to have fun, it’s not violent, its not raging, you might still break the rail though, don’t get me wrong. But it’s the kind of music that makes you smile. That’s what we want to keep in the SubCarbon family. We’re open minded, we don’t care about the bpm, we don’t care about the numbers.

Let’s talk about the tour. It seems like tons of producers recently are slapping the “live set” label onto their tours. What can we expect from The Origins Tour?
Since we started performing on the stage, we have always played a live set. We can definitely DJ, but we are definitely not as good of DJs as some people that we know. It’s more fun for us because we can express ourselves better live and we never play other people’s tunes. So it makes more sense to us to perform live. While not 100% of the songs are produced live, that’s not doable obviously, but we have parts that we interact with, like the harmony and the leads we put in, and restructuring a track, it’s just a lot more enjoyable for us.