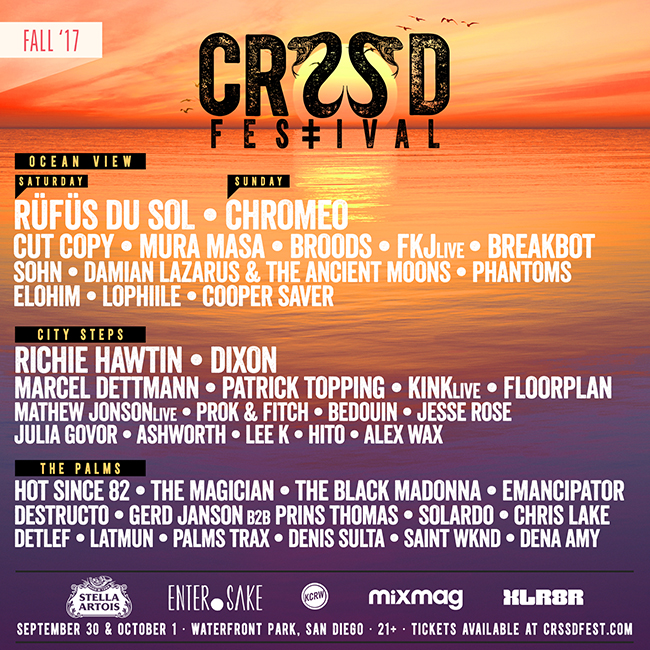 CRSSD Fest is quickly approaching – do you have your tickets yet?!

Don’t enter panic mood if you haven’t grabbed them yet, but you definitely want to get them soon. The San Diego based festival just announced that tickets are running low and are expected to sell out ASAP!

[TICKET WARNING] $145 weekend passes will likely be gone by the weekend! After that it’s last call for all tiers ? https://t.co/4fAdck7GrP pic.twitter.com/RHuTnCdLWD

Taking place across two days on 9/30 and 10/1, CRSSD Fest is something you don’t want to miss out on. The Fall time fest features three stages with a fire lineup at each one. Artists range from Hotel Garuda to Lane 8, and $145 (but those prices will rise soon if you don’t act quick!), it can’t be beat.

The post Get Your Tickets To CRSSD Fest Before It’s Too Late appeared first on thissongslaps.com – Electronic Dance Music & Hip-Hop Media.