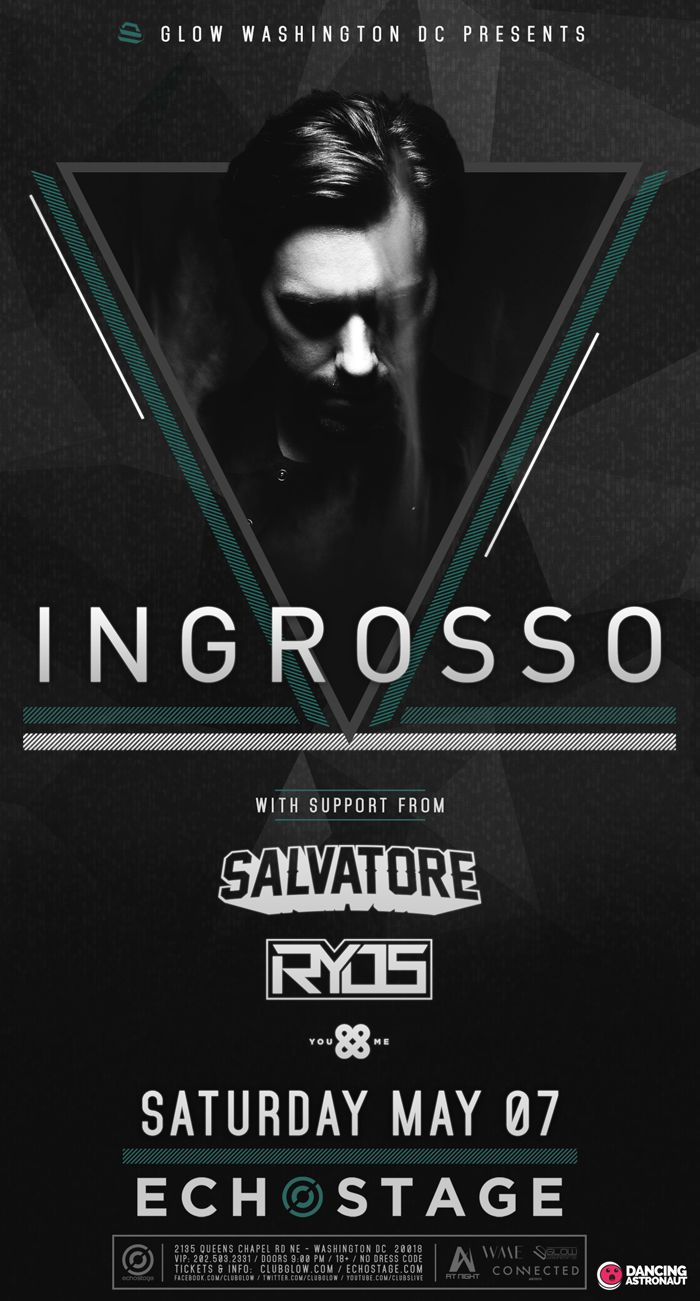 It’s been over three years since the emotional break up of Swedish House Mafia.

Since the trio’s disbanding, Axwell and Sebastian Ingrosso formed their own super-duo, Axwell Λ Ingrosso, while Steve Angello continued to cultivate his own career along with his SIZE imprint. It’s always a treat for Swedish House Mafia fans to see the three producers play in any capacity, and on May 7, DC will welcome Sebastian Ingrosso to headline Echostage for his second time as a solo act.

Although the Swedish producer has been primarily focusing on the Axwell Λ Ingrosso project, Ingrosso recently re-emerged with his first solo single back in February with “FLAGS!” – a gritty trap anthem in collaboration with LIOHN and Salvatore. Salvatore and Ryos will support Ingrosso as he takes the decks at one of DC’s favorite venues.

Sebastian Ingrosso joins forces with LIOHN and Salvatore for ‘FLAGS!’

Marquee NY to ring in 2015 with Sebastian Ingrosso