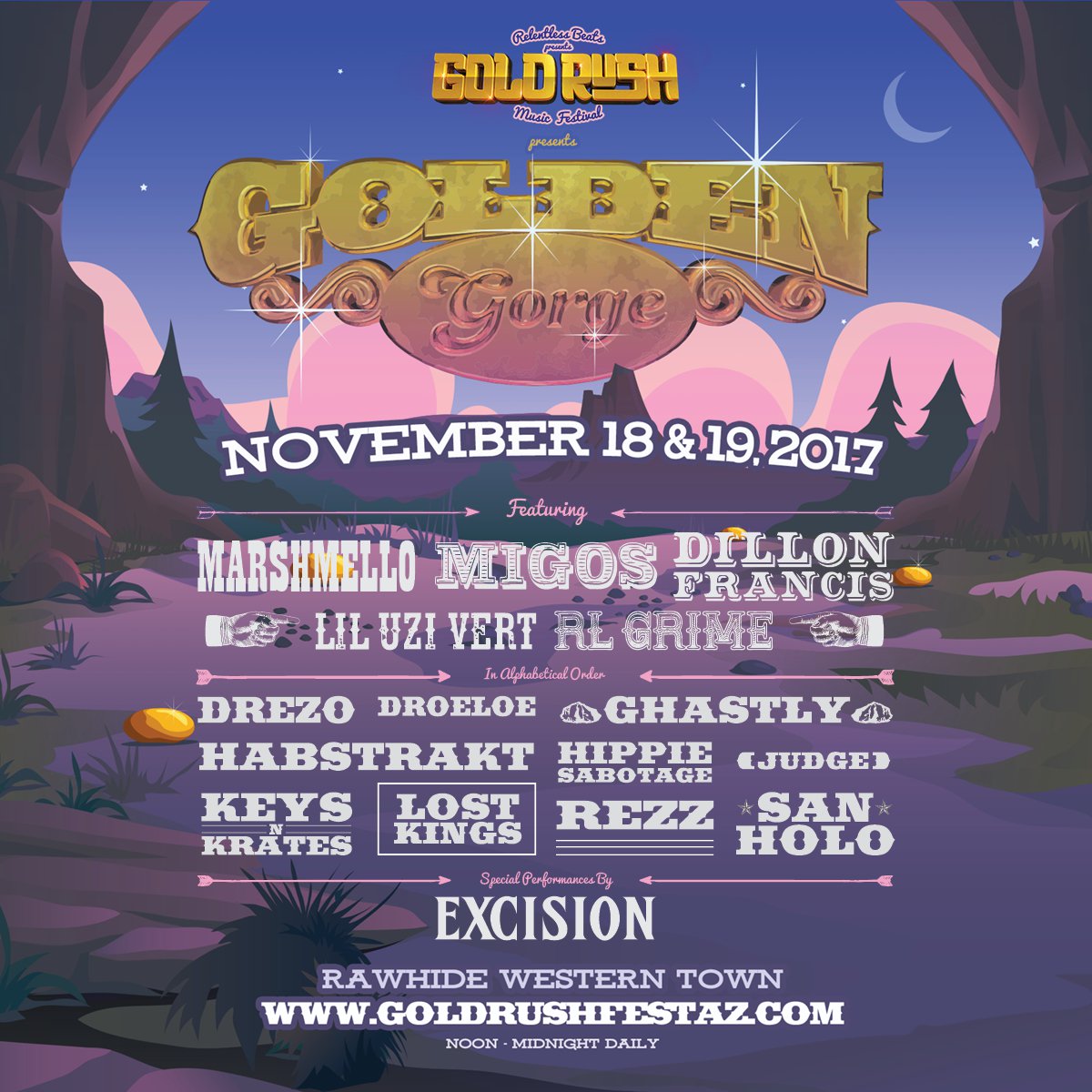 Marking the beginning of its journey in Phoenix, Arizona, the founders of Decadence and Phoenix Lights Festival have revealed their newest venture: a wild-west themed, weekend extravaganza by the name of Goldrush Festival. Set to take place over the weekend of November 18-19, Goldrush amasses first-class talent from both the electronic and hip-hop scenes that mosey on out to the desert.

Each of the three stages encompass a particular attribute of the Western theme, and are named accordingly to that niche: Golden Gorge, Pioneer Peak and The Hideout. Acquiring a mixture of fan-favorites across the hip-hop and electronic music spectrum, the Golden Gorge will host names like Marshmello, Migos, and Dillon Francis as headlining acts. Not shying away from this spectacle, bass-heads will be delighted to see the addition of Excision, set to perform a special set at this stage.

Past the mainstage, Pioneer Peak pursues to host a more intimate combination of the delectable electronic and rap talents, With performances by A-Trak b2b Baauer, Malaa and Mija dominating this scene, underground and Soundcloud-fanatic rap fans will also be pleased to see the additions of $uicideboy$, Ugly God, and Lil Pump, amongst other rising performers.

Without forgetting about the techno and house enthusiasts, Goldrush introduces their Hideout stage. Acquiring artists such as tech-house devotees Camelphat, to those from beloved Dirtybird campers such as Claude Vonstroke and Shiba San, The Hideout conveys the ideal underground sanctuary, for darker and dirtier beats.

General admission tickets for this two-day event start at $179, and single day passes are available for $89, and $79, and can be found online.