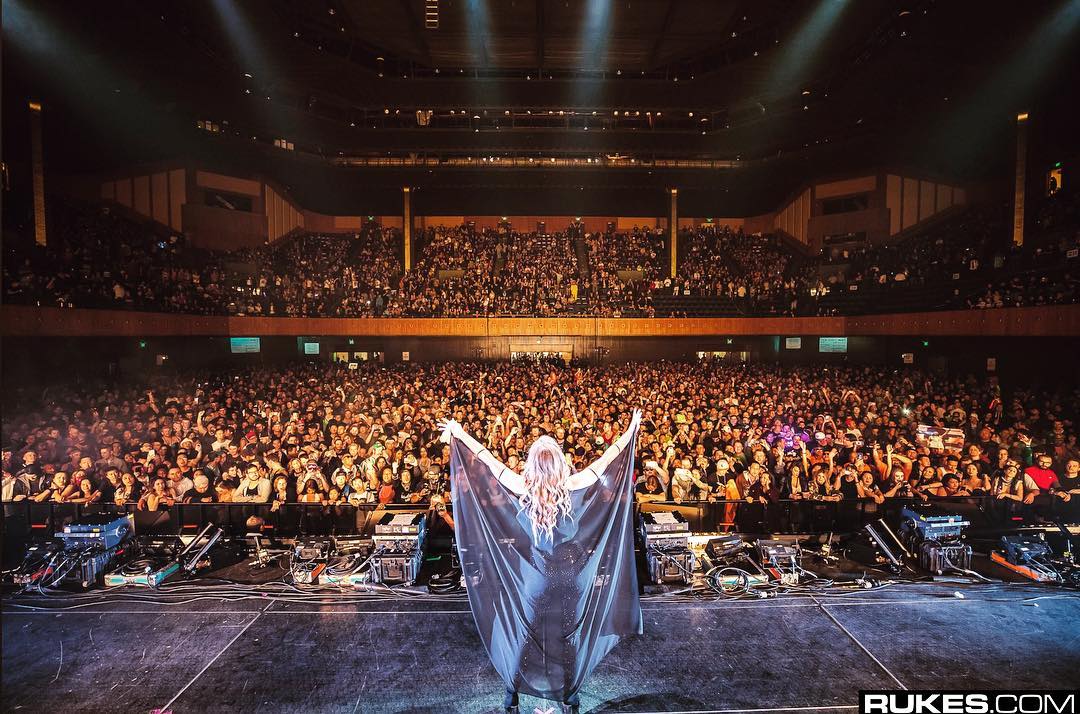 Unless you’ve been living under a rock for the last few years, you’ve most likely heard, or heard of, HALIENE.

Since 2015, HALIENE has been one of the most prolific voices in dance music, providing beautiful, impactful toplines for countless dubstep and trance anthems (including the 2017 ASOT Tune of the Year).

Considering how crucial her appearance on saving “Saving Light” was (in addition to collaborative projects like Ferry Corsten’s acclaimed Blueprint LP), it might be fair to say that 2017 was HALIENE’s most successful year yet.

HALIENE has shown no signs of slowing down, either. 2018 has seen HALIENE taking some big steps as an artist, reaching past the bounds of simply being an “EDM vocalist.” While her voice is certainly still a defining characteristic of her music, HALIENE is gradually becoming more and more recognized for her talents in songwriting and production.

Fully pursuing this path, HALIENE has released her first-ever solo single, “Dream in Color,” through Monstercat‘s new Instinct imprint. In doing so, she has officially become the first female artist to release a song on the label completely solo.

However, for HALIENE, this accomplishment is not about gender. “To me its not about being female or not, it’s about making music that moves hearts,” she said. “I don’t acknowledge the invisible boundaries that others believe are there, so those barriers aren’t an obstacle to me. I don’t see the walls because I don’t believe in them. I don’t let what I don’t believe in hold me back.”

Regardless, HALIENE is grateful for the opportunity she has been given. “I am so honored to be part of the Monstercat family and grateful to be able to partner with them for my debut solo single … they are the most incredible label.”

As for the song itself, “Dream in Color” is a gorgeous, chord-driven melodic dubstep track that is most definitely on par with tunes like “See the Sky” and “Rush Over Me” (which she hadn’t led the production on). The end result is more than impressive, and will undoubtedly live on as a Monstercat fan favorite.

While its gender aspect might not be of utmost importance, this release may have opened up Monstercat’s doors to other aspiring women in the EDM scene. Judging by their Tomorrowland stage lineup, REZZ could be Monstercat’s next signee…