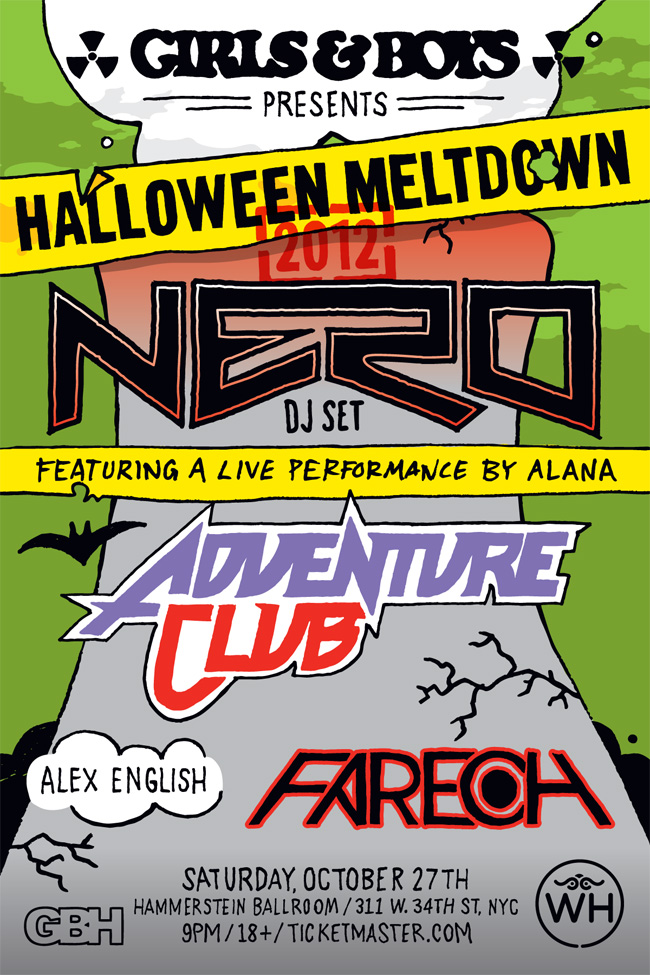 On October 27th, 1983, It all started out as a Halloween party to remember, it was also the 20th anniversary of the Hammerstein Nuclear Reactor, but little did the attendees know that they were about to meet a most gruesome fate… As warning sirens pierced the night, plumes of thick radioactive smoke enveloped them, and as the ground shook feverishly, they frantically searched for a way out of the danger zone… Stumbling through the ominous gloom, they saw shadows of swaying figures growing nearer all around them, they could hear the guttural moans of what they believed were other survivors searching for help, but something wasn’t quite right, something was in fact very wrong… Defying all logic and reason, they chose to ignore their instincts, allowing themselves to become closer and closer to the unknown, when the reality of their destiny finally set in, it was too late, the only thing left they could possibly do was join together in one final moment, and party as if it was their last night on earth…

Now exactly 30 years later on October 27th 2012, the Hammerstein Nuclear Reactor will be reopened for one night only, a very exclusive Halloween event is scheduled to commence there, safety measures have been revised in order to reduce the risk of another unspeakable tragedy but no one can be too certain…