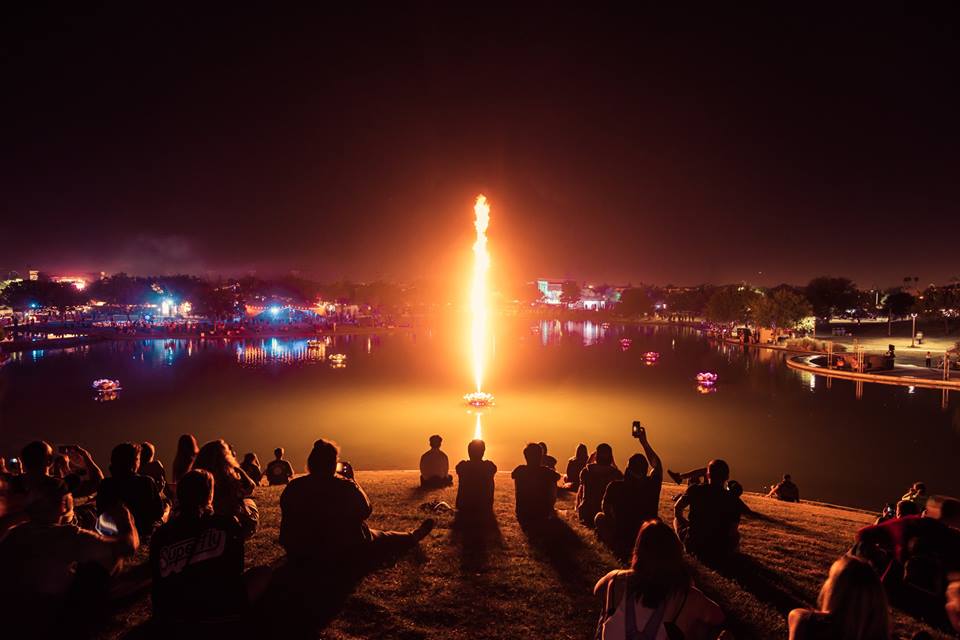 This fall, Superfly Presents, the masterminds behind North American festival giants Outside Lands and Bonnaroo set their scopes on a new, emerging entertainment market that they were banking on being the next big festival-hosting city in the United States: Phoenix, Arizona. While most picture Phoenix with a skewed vision of the “wild west,” Superfly was planting its flag in a burgeoning hub of vibrant art, food, local music, and tourism marketability as the home for their newest concept, Lost Lake Festival. The result was not only another overwhelmingly successful event for the organizers, but in turn, positioned Phoenix to strongly attract additional large scale events in coming years to coincide with the city’s exciting, growing social scene. If Phoenix wasn’t on the festival map before, Lost Lake unquestionably changed that notion. The inaugural Lost Lake didn’t just bring in an enticing lineup and top-tier liquor sponsors, the event was a masterfully curated three-day experience, from logistics to programming, that used the host city’s aesthetic as an intrinsic factor in the festival’s appeal.