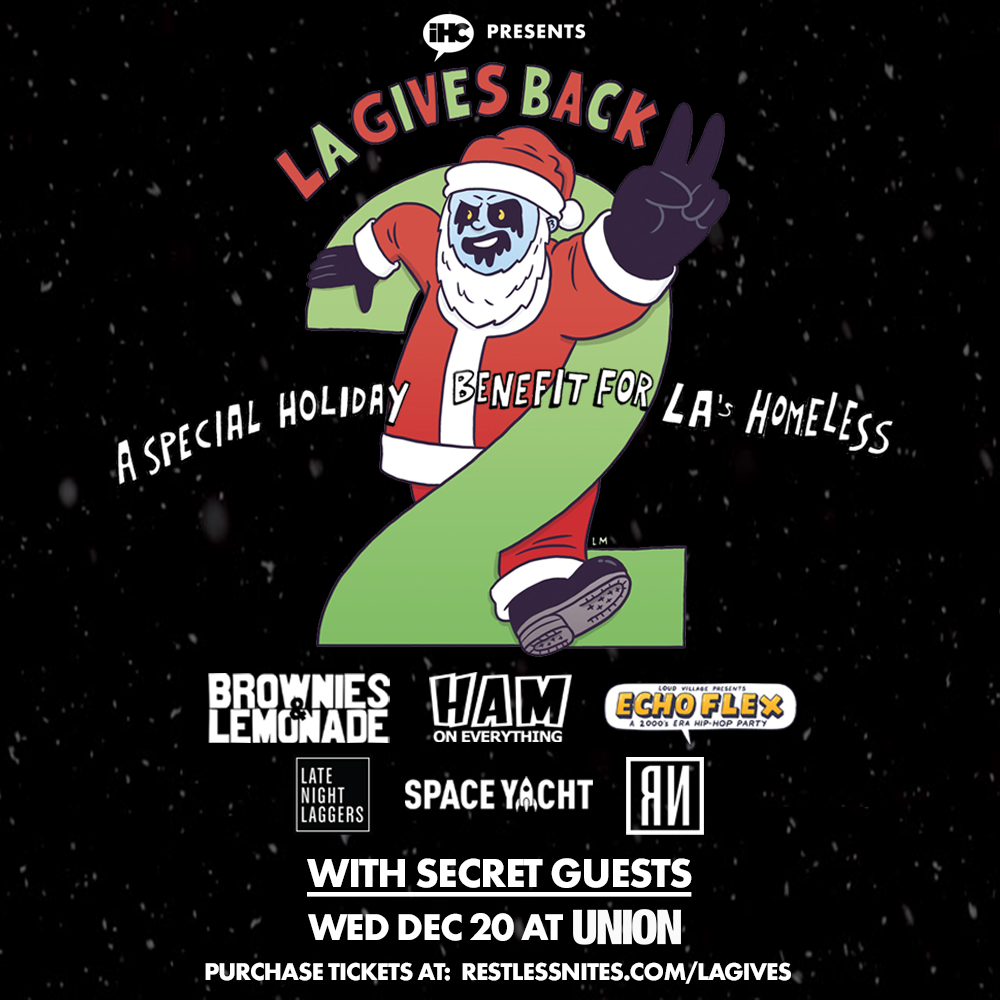 In 2016, eight of LA’s biggest promoters came together for L.A. GIVES BACK, a special holiday benefit event to address Los Angeles’ growing homeless crisis. Over $54,000 was raised for local charities and this holiday season it’s happening again.

The holiday party will again take over L.A.’s massive UNION nightclub and it’s multiple levels and rooms. This year’s lineup will include spaces curated by promoters Brownies & Lemonade, Ham on Everything, Space Yacht, Echoflex, Restless Nites, and Late Nite Laggers. Alongside the festivities will be toy, food, coat, and women’s products drives to help those in need this holiday season and beyond.

“Los Angeles is going through a crisis. As the influx of people to the city increases, so does the price of living, sending many to the streets. In 2017 alone, the homeless population in LA increased 23%. It’s up to us to make a difference. This is our city and we will come together as a community to help address this issue. LA GIVES BACK IS OUR ANSWER.”

Get your tickets here and check out some of last year’s highlights featuring Diplo, Emo Nite LA, Valentino Kahn and Party Favor.