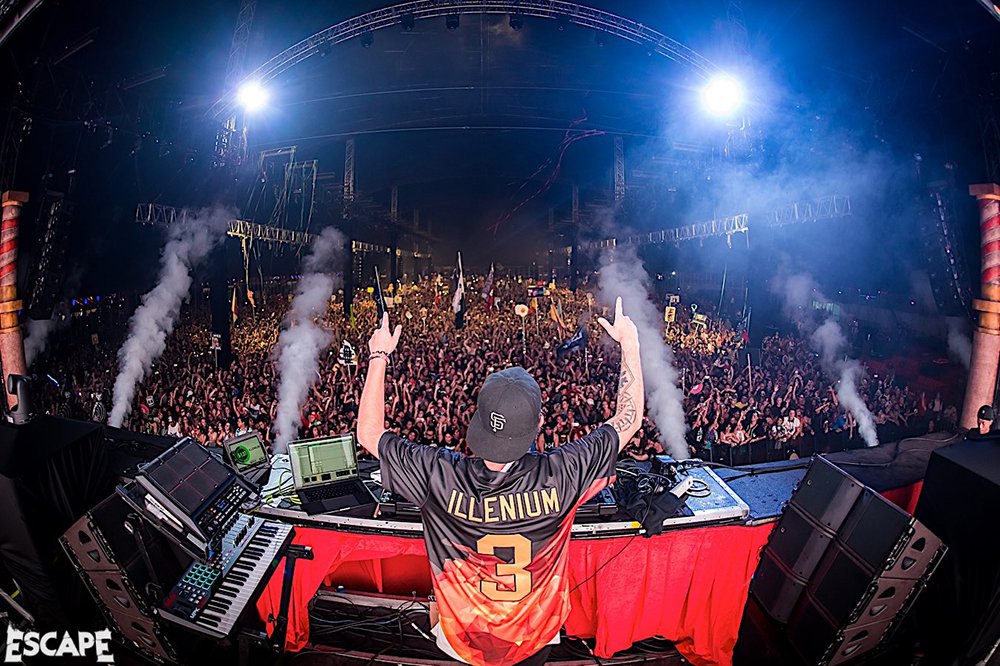 Illenium shattered expectations with his sophomore album Awake last year — and now remixers including The Glitch Mob, AWAY, Felix Cartel and more have done the same with their fresh new takes on his melodic, modern day masterpieces.

Behold, the Awake remix pack, which sprawls out over 15 amazing tracks and completely reinvents almost every track off the album. “Sound of Walking Away” lands two totally different remixes, while other fan favorites like “Crawl Outta Love” and “Where’d You Go” are re-imagined like never before.

Said the Sky and 1788-L steal the show with their earth-shattering “Sound of Where’d U Go” VIP, a newly-produced collaboration with Illenium. The single has been rinsed out over and over since its debut at Coachella and it still blows minds every time. It might be tempting to skip to track 12 on the remix pack and hit repeat, but there’s plenty more to be heard.

Fromthere, there’s Jason Ross‘ club remix of “Needed You,” The Glitch Mob’s signature synthy sounds on “Crawl Outta Love,” or WE ARE FURY’s powerful remix of “Lost,” this remix pack will capture your attention and keep you guessing from start to finish. Au5 and Fractal work in a little drum n bass, and Lights & Motion wrap it all up with a dreamlike take on Awake‘s final track, “Let You Go.”

If you’re listening on Spotify, it’s important to be aware of a pretty glaring error with this release (for now). You’ll notice track 5, Thoreau‘s rework of “Where’d U Go,” and track 6, Trivecta‘s remix for “Fractures,” are actually the same song. The Thoreau track is doubled up by mistake and the fix is coming soon.

The anticipation for Trivecta’s “Fractures” remix is real…

In the meantime, there’s plenty more to hear. Put this on and experience Illenium in ways you never thought possible!