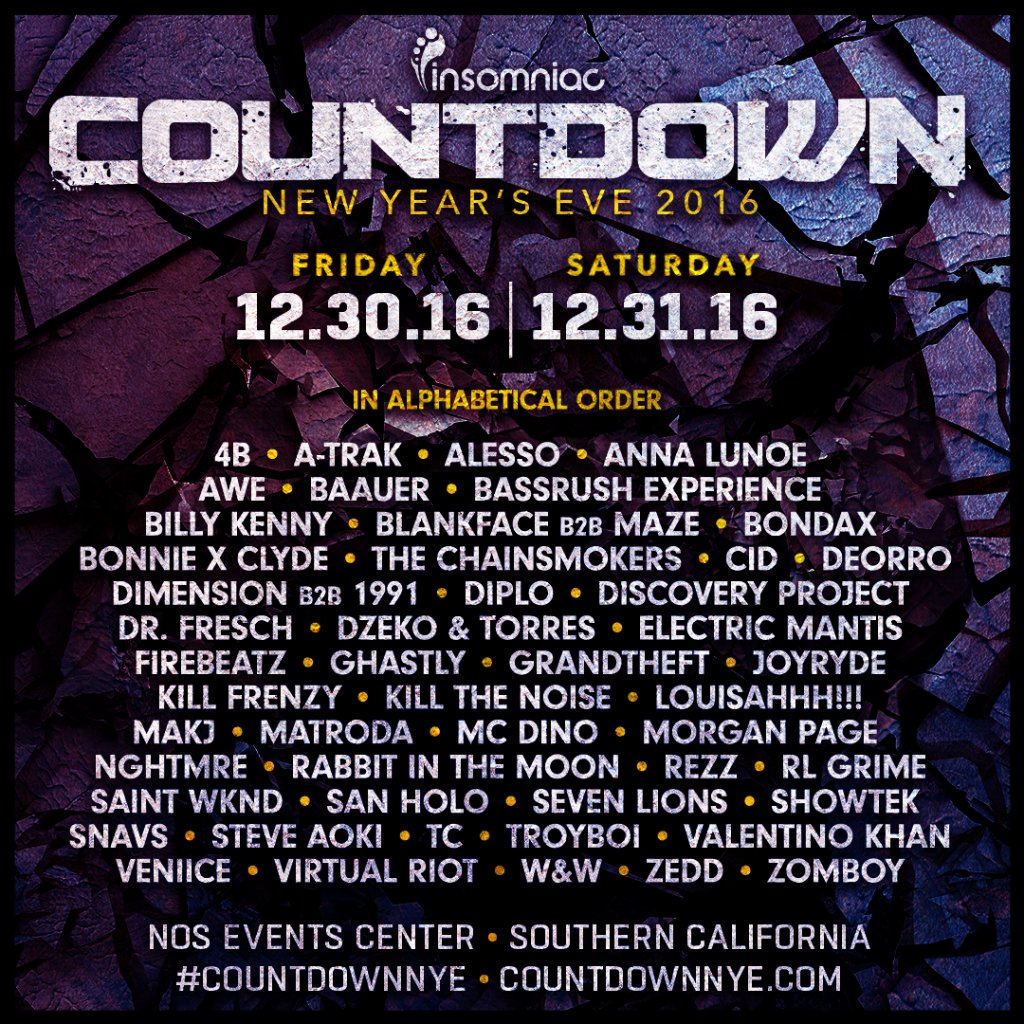 In July, Insomniac revealed that their annual New Year’s Eve festival, Countdown, would be expanding to a two-night affair in 2016. The NYE-weekend festival, which will take place December 30-31 at San Bernardino’s NOS Events Center, has now released the full lineup for its third installation. As is to be expected from an Insomniac event, the headlining acts draw from dance music’s most mainstream attractions, while a variety of influential acts from more niche lineups pervade the undercard.

The Chainsmokers, Diplo, Alesso, Steve Aoki, and Zedd lead the commercial charge for this year’s Countdown NYE. Meanwhile, bass music appreciates a strong representation from RL Grime, Baauer, Kill The Noise, and NGHTMRE. Among the strongest acts which endow the lineup with a sense of uniqueness are Louisahhh!!!, REZZ, Rabbit In The Moon, and Kill Frenzy.

View the full lineup below: