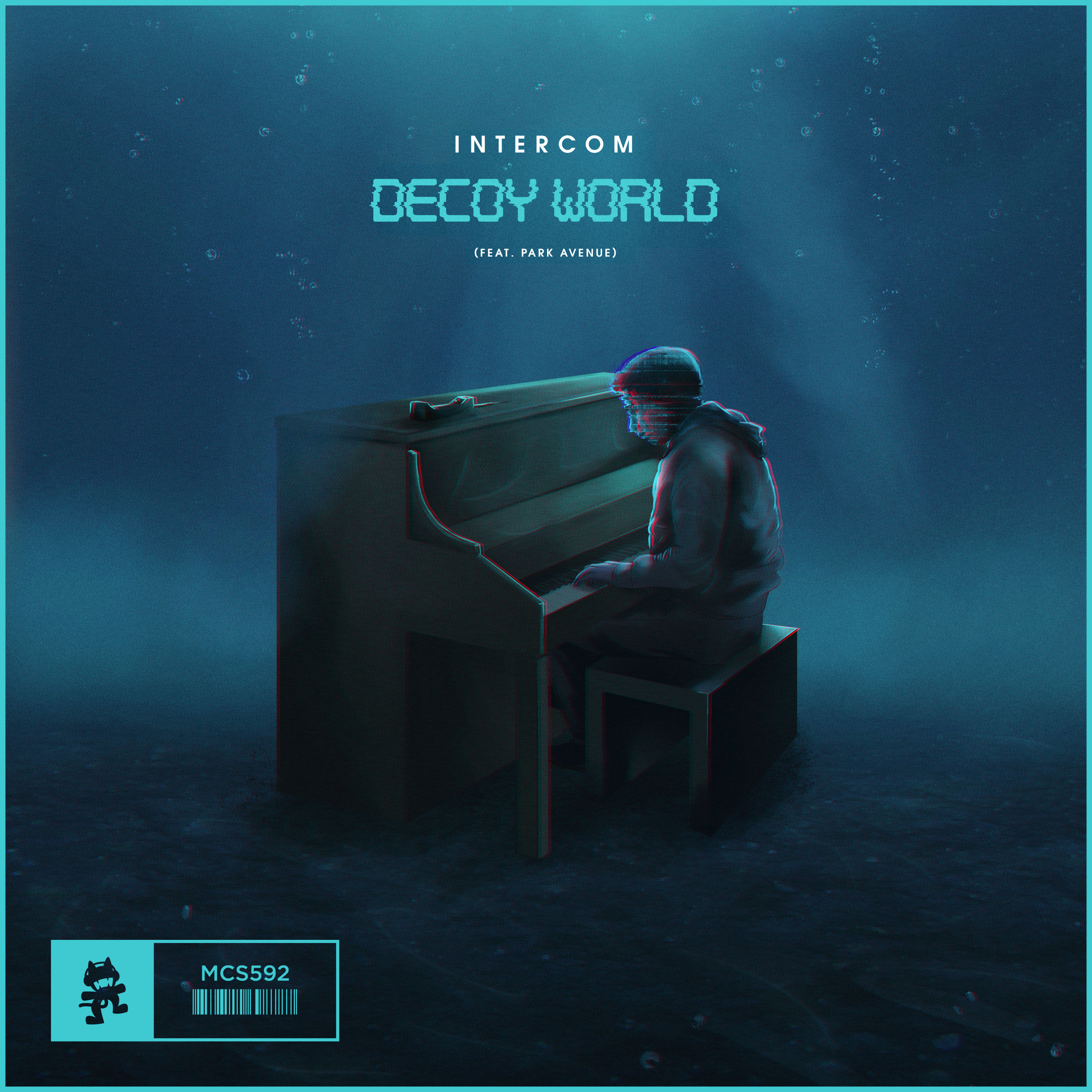 Unless you happen to be an avid Monstercat listener, chances are that you’ve probably never come across the name “INTERCOM” before. The anonymous producer appeared – quite literally – out of nowhere earlier this summer with a remix of Seven Lions & Echos‘ “Cold Skin,” which ended up on the track’s official remix bundle. While the remix may have not been spotlighted on Monstercat’s YouTube channel, hardcore fans took note of the track as more of a “hidden gem,” and it quickly became a community favorite.

Just two months later, INTERCOM surprised fans yet again with a strangely dark take on Gareth Emery‘s “Saving Light,” which – though it (once again) was not featured on the Monstercat YouTube channel – was met with equal acclaim. Now with two successful remixes under his belt, INTERCOM is back once again to show his versatility with his first-ever original song, “Decoy World.”

While all of his releases thus far have been dark, bassy and techno-influenced, “Decoy World” is INTERCOM’s attempt at something a little, well… Prettier. Channeling his inner Porter Robinson, INTERCOM takes a more melodic direction that really pays off, especially with the incredible Park Avenue on vocals. With its sweet synths, emotional piano lines and deep-cutting lyrics, “Decoy World” gears INTERCOM up for a very bright future.

Listen to “Decoy World” and download the track below:

Support on all platforms: Monstercat.lnk.to/DecoyWorld