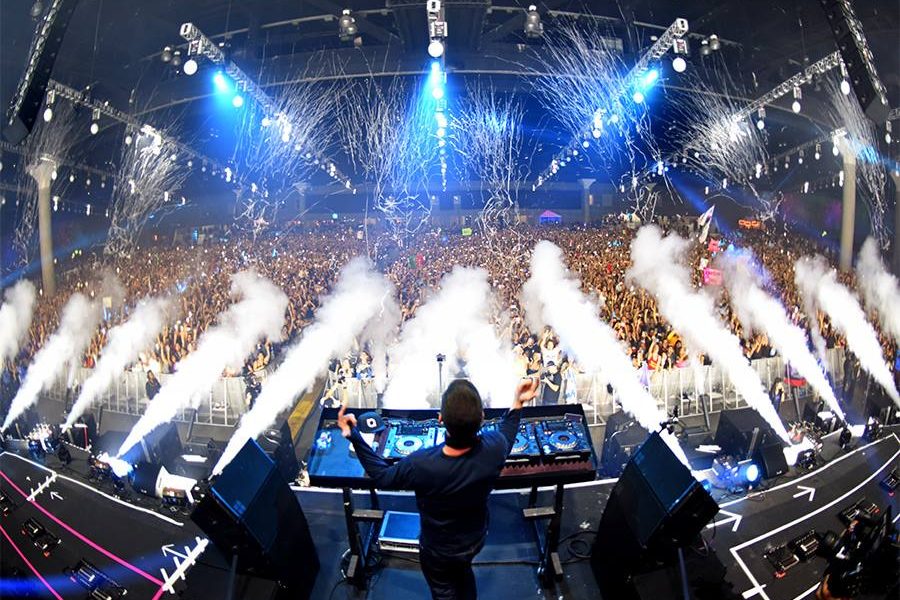 Kaskade And Felix Cartal Bring Us Our New Favorite Sing-Along

Coming off a monstrous two weekends in Los Angeles and New York, playing both a redux show and a massive show in front of over 20,000 people at the Los Angeles Convention Center and then at EDC New York, Kaskade is back with a original “Fakin It” with Felix Cartal and featuring Ofelia K. Kaskade opened up his redux set (which is a more laid back and intimate house set for those unaware) with this song and it set the mood for the entire evening.

“Fakin It” starts out with a few guitar chords on top of a slow piano before Ophelia’s soft voice begins soothe the audience over the piano followed by a series of snaps before descending into the drop which goes back into the guitar rhythm. The lyrics are something that everyone can relate to, saying it is okay to be lost in your own world at times and to be faking it, connecting yourself with everyone else through the hook “are we all just faking it.”

This one brings back those old school Kaskade feels with the downtempo rhythm but the ability to connect with the audience through lyrics that anyone can relate to. This duo of Kaskade and Felix Cartal really have a hit on their hands here. And you can’t forget about how perfect Ofelia K’s voice fits in with the mood of the song. Expect to be hearing this one a lot during the summer months as it oozes vibes great for any occasion whether it is a cloudy and rainy day or a sunny day at the beach to a late night lullaby to go to sleep to.

“Fakin It” is out now and you can purchase on any of the major outlets or stream through Spotify and Apple Music. Make sure to grab this one as it really is a heart-warming song which will be a feature in Kaskade’s sets for a long time to come.