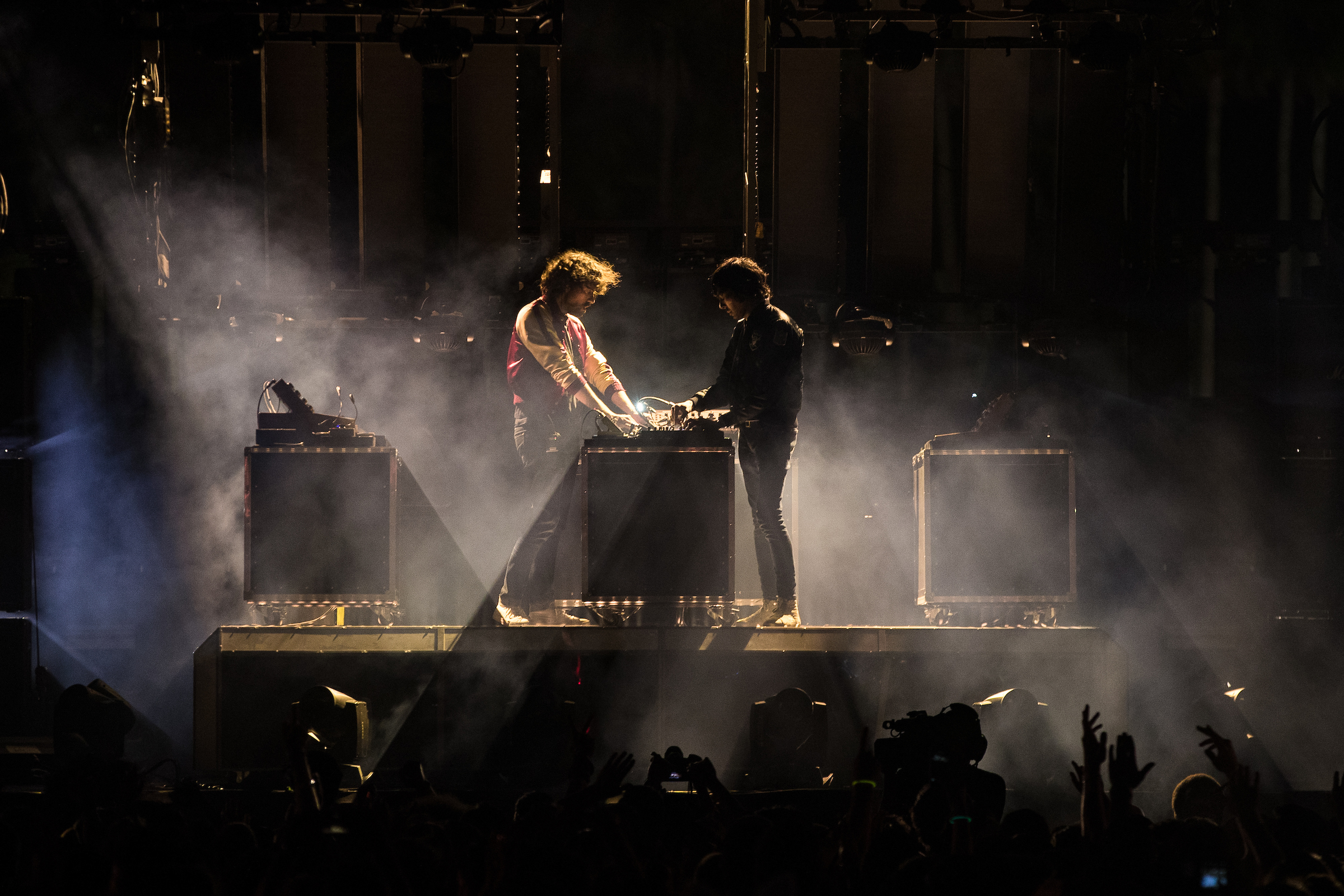 
Its hard to believe that it has been nearly two full years since Justice‘s seminal comeback record, Woman blasted through the EDM consciousness. Perhaps that’s because in that time Xavier De Rosnay and Gaspard Augé have maintained an exceptionally busy itinerary, touring their third album across the world, from massive arena shows to international festival circuit headlining slots. Now, aligning with the band’s decade-long strategy, the pair of French electro icons have returned with the “live”rendition of their latest album, offering a reimagined Woman Worldwide, out now via Because Music and their longtime home of Ed Banger Records. The new concept is an intriguing take on the live album format, coming together in the studio rather than a performance recording, melding together the greatest elements of Xavier and Gaspard’s live show.

The album comes after months of stage notes, piecing together a live show with a proper album feel. Justice’s Xavier De Rosnay described the album’s complexion to Dancing Astronaut,

“After maybe 6 months of touring, we were really feeling the music we were playing on stage every night, and we just wanted to share it with the people who are interested in it. So we thought to record it and make another live album, but because we already made A Cross the Universe and Access All Arenas, we wanted to find a way to make this one different.”

Woman Worldwide is inspired by the live show designed around the duo’s latest LP, but the album proves to be much more than that. It’s a sonic retrospective that spans ten incredible years of Justice, from canonized classics like “D.A.N.C.E.” and a revamped “DVNO” crosscut to the pair’s nu-gospel opus “Safe and Sound” and disco-rock belter “Randy.” The new live/studio hybrid album pays homage to Justice’s legendary catalog, but for those who have seen a Justice live show, it proves to be ever faithful to their live performance. For those that haven’t, it serves as a clean cut studio album that paints an incredibly accurate picture of the real thing. Enjoy.