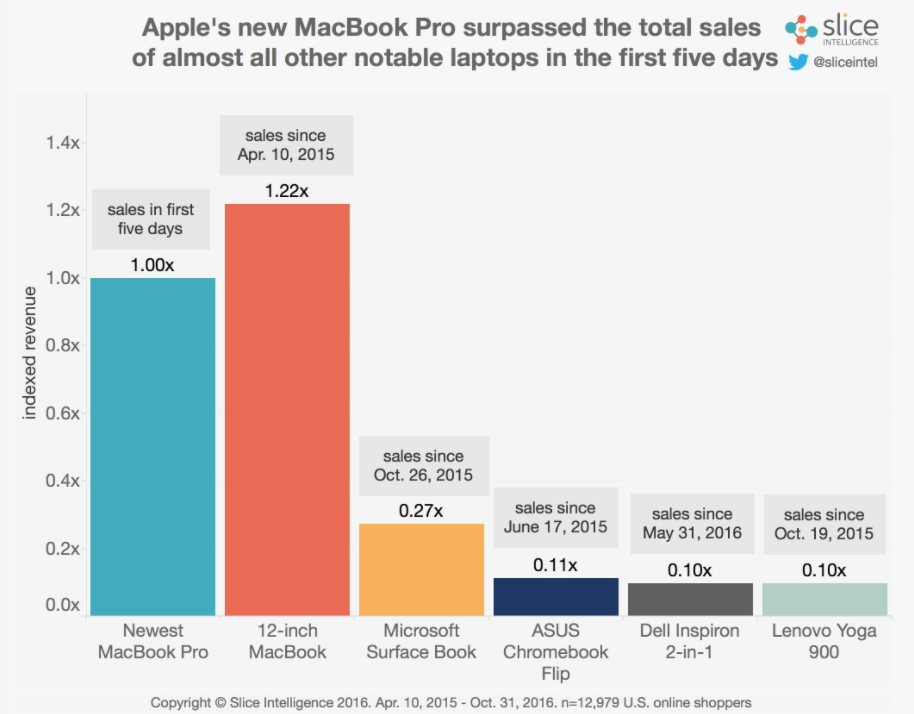 Despite the layers of controversy surrounding the unveiling of Apple’s newest line of Macbook Pros, including the dongle fiasco and increased pricetag, it appears that the laptops’ sales have been remarkably high, outselling all of its Windows-run competitors. According to new information from Slice Intelligence, the new Macbook Pro sales have already surpassed those of Microsoft’s Surface Book, Dell XPS 13 and 15, Lenovo Yoga and Asus Chromebook Flip, each of which having been released to the public over a year ago.

According to Apple’s Senior VP of Worldwide Marketing Phil Schiller, the number of orders for the new Macbook Pro is greater than that of any other pro notebook in the company’s history. The data presented on Slice Intelligence’s graph was drawn from sales numbers and not units sold, leading to the belief that it might be skewed slightly more towards Apple’s favor because of the devices’ higher prices.

This article was first published on Your EDM.
Source: Macbook Pro Sales Are Monumental Despite Controversial Design