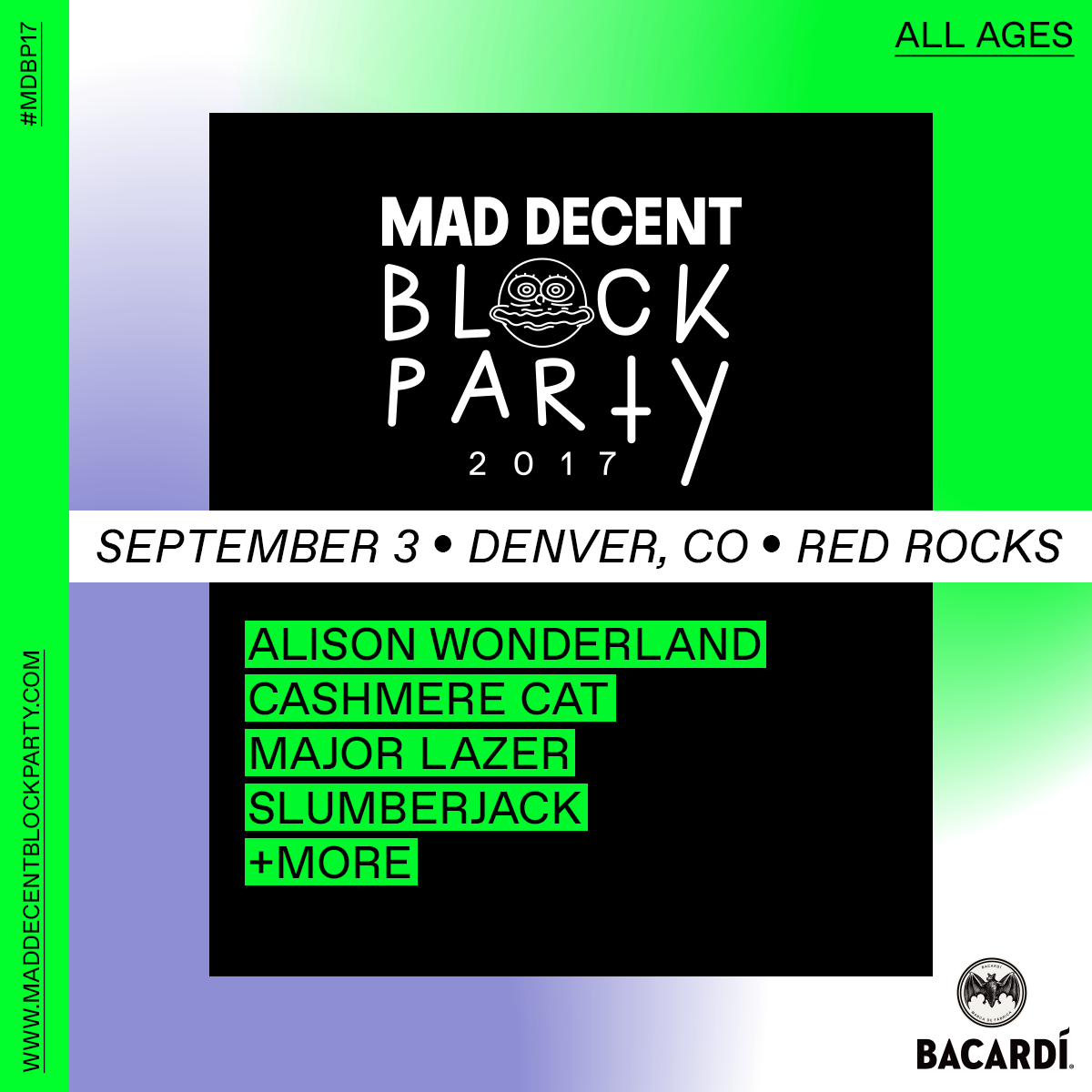 Mad Decent Block Party, the legendary touring party thrown by the Diplo-owned label Mad Decent, is coming to one of the top venues in the country, Red Rocks.

2017 marks the 10-year anniversary of Mad Decent Block Party, which was founded in Philadelphia – a market wherein MDBP still has a loyal fan base. Though the experience has grown tremendously in the time since, this year marks a significant downsizing for the festival tour, which will have two stops as opposed to last year’s fifteen.