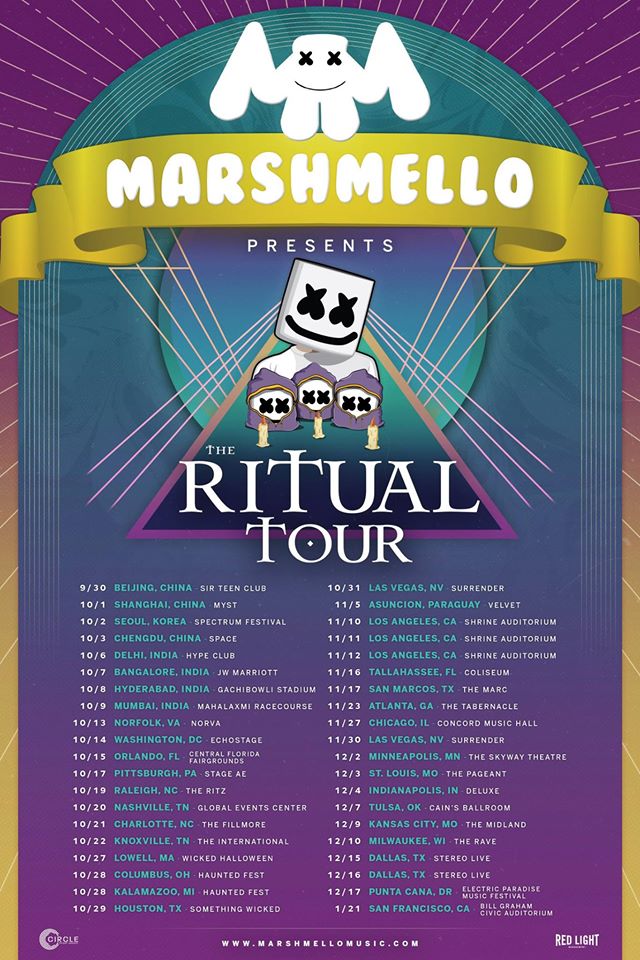 We first learned about Marshmello’s forthcoming collaboration with Wrabel called “Ritual” in July, and since then there hasn’t been too much new information about to. Our senses are telling us, however, that we’re going to be hearing the full thing pretty soon, since Marshmello just announced a massive tour named after the single.

I can't wait until Ritual w/ @wrabel comes out! Honestly my favorite song I've ever made. @OWSLA @Skrillex pic.twitter.com/hYLdhpaBll

The Ritual Tour will stop in 40 locations across the US, including some in China, Korea, India, and even Paraguay, though most will be within the US. Tickets go on sale Monday 8/22, and we expect supporting acts to be announced then or soon thereafter. This article was first published on Your EDM.
Source: Marshmello Reveals Massive 40-Stop Tour For His Biggest Song Yet