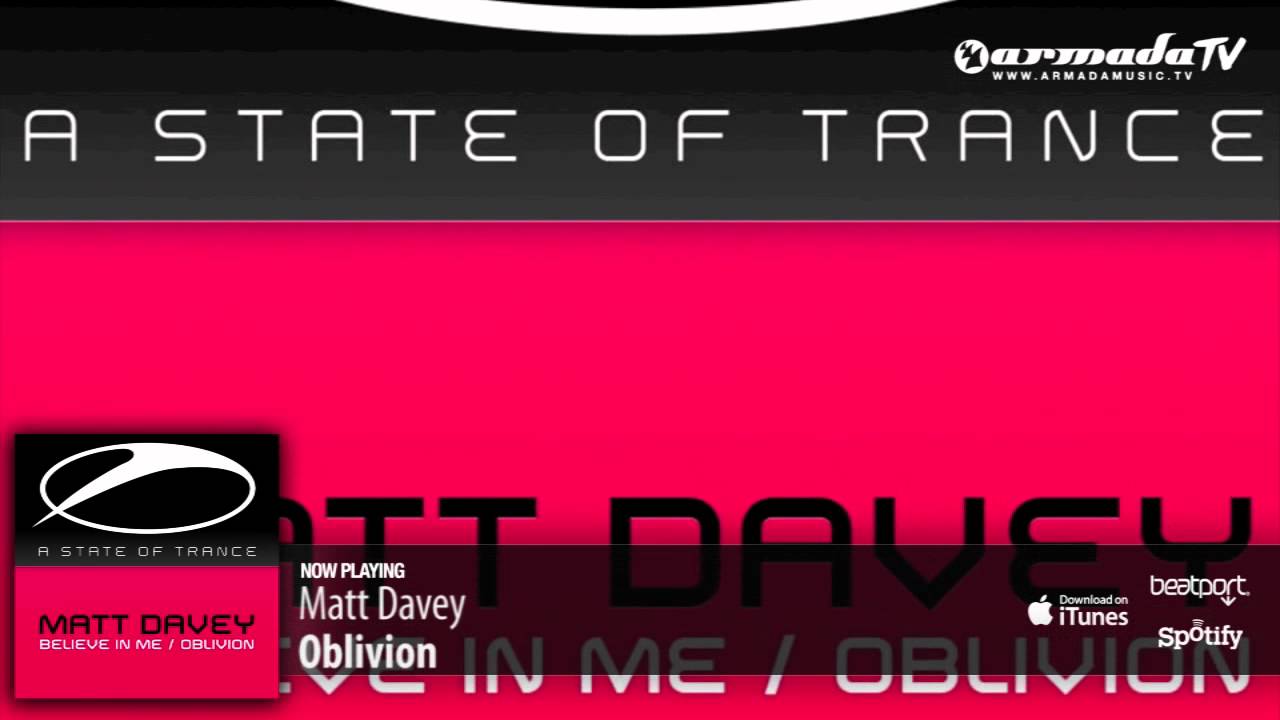 Out now, exclusively on Beatport: http://bit.ly/MDaveyBP
Available on other portals on October 29th

2 years after his first release and 3 months after his debut E.P. on the A State of Trance label, Matt Davey has already become one of Armin van Buuren’s favorites. Featured on Universal Religion Chapter 6 is his new track ‘Believe In Me’, with the tasty ‘Oblivion’ to go along.

The story of Matt Davey has only just started, but we’ve already spotted a silver lining. With his ‘Nemesis’ E.P. still in mind, he gives us two new trancers to light our dark hours. ‘Believe In Me’ hall it all: the energy, the melody and the pounding bass.

A heavy trancer with everything in the right place. B-side ‘Oblivion’ has that exact same sound, but shines out with a strong, emotional theme.