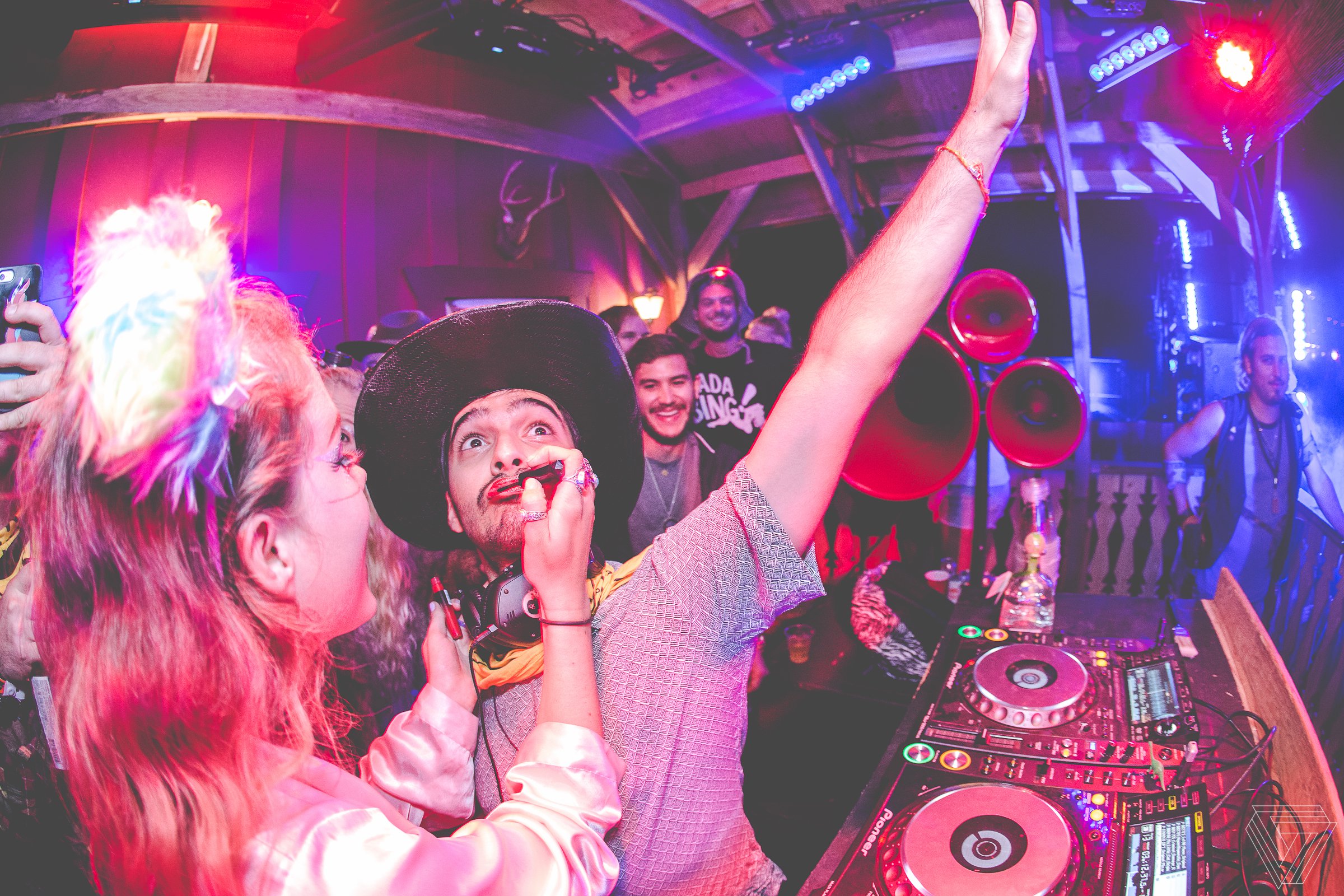 Dirtybird Campout, Southern California’s wildest adult summer camp, is preparing for its third installment this weekend, October 6-8. As has been established in its past editions, the campout will be packed with childhood nostalgia, scrumptious BBQ, and earth-shaking beats. Furthermore, this year will be its biggest yet, with a move to a larger venue at Lake San Antonio. Adding to the label’s nest of talent, acts like Amtrac, Coyu, and the Desert Hearts crew will be joining the house haven’s music lineup with more special guests still to be announced. Ahead of this weekend’s bonfire debauchery, we’ve teamed up with Dirtybird for an ongoing interview series spotlighting both the imprint’s own stars and the myriad of world-class artists on the concert’s bill.

Ardalan is one of the newer generation of Dirtybird idols, but well-loved all the same. The Iranian producer quickly caught the dance world’s attention with his raucous blend of tech, hip-hop, and house influences that leave any listener with no choice by to shake it. Naturally, his aesthetic fit within the Dirtybird family perfectly, and he first made his way into the fold in 2010. A few years later, he’d blown up considerably as his music proliferated the underground and he amassed a legion of followers.

Fast-forward to the present, and Ardalan is now preparing for his third run at Dirtybird Campout as one of its regular counselors, where he’ll be bringing guests yet another round of raunchy, bounce-worthy beats that are sure to keep the party going no matter what hour he plays. Ahead of his appearance, he sat down to answer some key questions on his musical background, the Campout, working with Dirtybird, and more.

How long have you been DJing for & how did you get your start?

Almost 10 years ago! I got my start DJ’ing when my good friend Shurik bought a pair of technics in 2007. We would play in his garage which he had turned into a lounge for all the homies and we would play pool and spin records all the time after school. Those were really good days!

What was your first label release? Would you still play it?

My first label release was when I did “Mr.Spock” with Justin 7 years ago. I was really stoked to have my first release on Dirtybird. It really feels special when I hear or play it from time to time!

What has been the biggest breakthrough of your career?

The biggest breakthrough for me is definitely connecting with my fans, the relationships I have made with other awesome artists, and being part of the Dirtybird family!

If you could be another artist for a day, who would you pick?

What are you looking forward to most about Dirtybird Campout?

Karaoke and kickball! Oh and music.

If you could recommend three artists to catch from the lineup, who would you pick?

A very very tough choice because the line up is pretty damn sweet and stacked. But The Martin Brothers DnB set will be so epic. Matthew Dear and The Egyptian Lover for sure! and the special guest even though I don’t know who it will be!

What are three essential items you wouldn’t go camping without?

Do you have a favorite (or funny) camping memory?

Yeah one time I went camping in Yosemite and in the middle of the night I could hear the breathing of a creature. I smelled it as well and it was unbearable. pun intended.