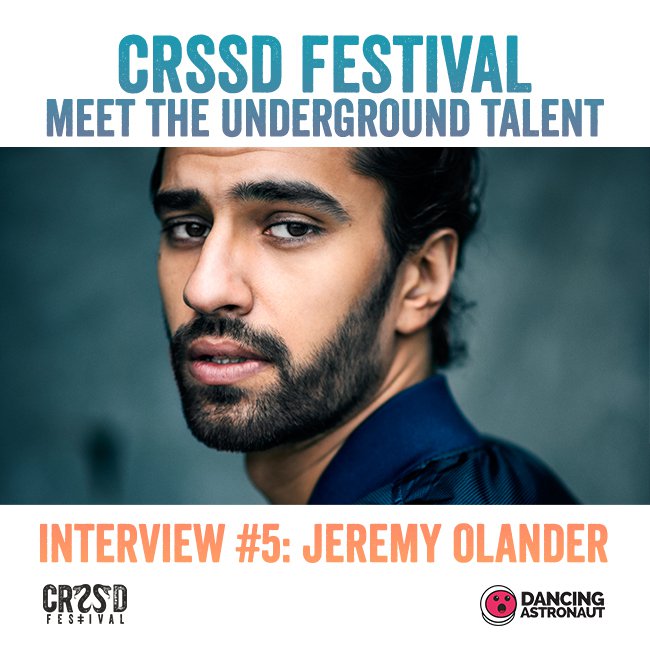 San Diego’s CRSSD Fest – a joint-effort between Goldenvoice and FNGRS CRSSD — has become a sanctuary for house, techno, and underground electronic music fans. The upcoming March edition looks to be the festival’s most promising offering yet, featuring an even greater array of delectable underground acts as well as some formidable headliners such as ODESZA, Chet Faker, Gesaffelstein and Cirez D. To dig a big deeper into the lineup, we’ve tapped some of our favorite acts on the bill for a daily interview series before the festival.

How long have you been DJing for & how did you get your start?

I started as producer first and DJ:ing came a bit later for me. I started producing about 10 or 11 years ago and played my first gig 2 or so years after that. It was very low-key. I actually mostly did it because I wanted to hear how my stuff sounded on a big system. At the time I didn’t plan on making it a regular thing at all.

What was your first label release?

It was an electro track I made on a pair of Pioneer HDJ-1000. If you are familiar with those headphones, you will know that they are definitely not balanced enough for producing. But I was happy with the track at the time and sent it to a label called Sovereign House records based out of Canada.

Would you still play it?

Haha no it wouldn’t be a very good fit.

What has been the biggest breakthrough of your career?

I think I’ve had several small ones. Each have contributed to where I am today. I think music is a grind and things don’t really happen over night even if it might appear that way.

If I have to break it down I’d say it’s probably getting my first original signed, releasing my first EP on Pryda Friends and then most recently starting my own label, Vivrant.

If you could be another artist for a day, who would you pick?

That’s a tough one. Probably someone really ground breaking just to see what goes on in their head during the process of writing music. I’d go with Frédéric Chopin. Instrumental story telling on a completely different level.

What’s your opinion of the dance scene in the US right now?

I think it’s in a very interesting place. The demand’s more diverse then a few years ago and the EDM craze has settled.Some of the people that got into dance music a few years ago have become interested in deeper sounds. I feel like promoters are slowly but surely widening their horizons, respond to that shift and feel more comfortable booking acts that are less commercially sounding. I also think that we will start seeing even more smaller boutique festivals popping up as a counter reaction to all these insanely big ones.

How do you think the US scene will evolve over the next few years?

I think we’re going to see kind of a mirror image as far as what has happened historically with a lot of other musical genres that were once considered weird and underground.For example, hip-hop made its way onto the radio, the Billboard charts and the biggest stages in the world after being a small but healthy sub-culture. After a while, it stopped being the flavour of the month and the hype died down a bit. It didn’t go anywhere though, it stayed and settled itself at a better place in terms of acceptance and number of fans.I think we’re going to see something like that happen to dance music in the next few years.

What are you most looking forward to about CRSSD Fest?

I’m really pumped to play CRSSD! There are a few festivals that come as highly regarded as this one and people keep telling me it’s one of the best you can play in all of America right now. Something I really like and respect with CRSSD is the diversity of the lineup. I got my feet a little wet with a club show at Bang Bang in San Diego during the first week of my tour. The crowd was great!

Jeremy Olander is currently in North America on The Vivrant Music Tour and is playing CRSSD Fest in San Diego on March 5th.