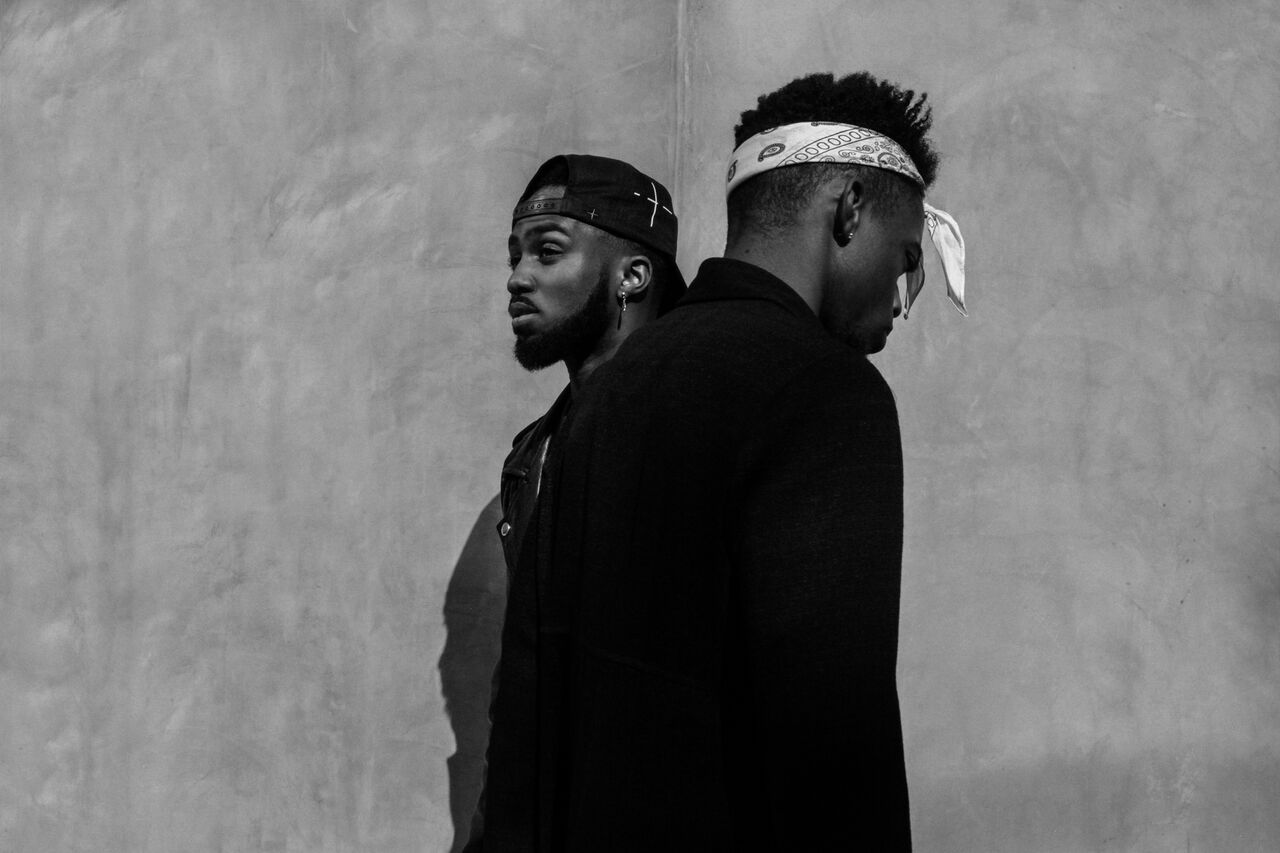 Before production duo THEY. dropped Nü Religion late last year, they were virtually unheard of. The three track debut EP immediately caught fire across the hip hop and electronic communities, however, garnering heavy buzz. The duo, Drew Love and producer Dante, seemed to appear fully-formed. Their refreshingly raw sound garnered serious attention from the likes of Skrillex, Zhu, and genre breakout Bryson Tiller, with whom THEY. are currently touring the world.

In the time since, the Mind of a Genius signees have kept it low key, slaving away on their debut full length HYENA which is slated for release later this year. That was until earlier today, June 22, when the group’s Facebook page lit up with a single from their forthcoming release and a ferociously candid piece of mind.

The track “Say When,” typifies the duo’s analog synth heavy sound and slinks somewhere between the street level and the subterranean. The duo are reportedly drawing from influences Rage Against The Machine and the connections are clear. The guitar heavy release is a fiery indictment of racial tensions and political inaction and pulses with the kind of electric invective that would make Tom Morello proud.

Perhaps more excitingly, the song showcases a foray into more experimental territory from the exciting twosome as they push beyond their R&B roots into something less concrete but ultimately more alluring.

ZHU x Skrillex x THEY. – Working For It (Naderi Remix)

THEY. – Motley Crue (AWAY Remix)