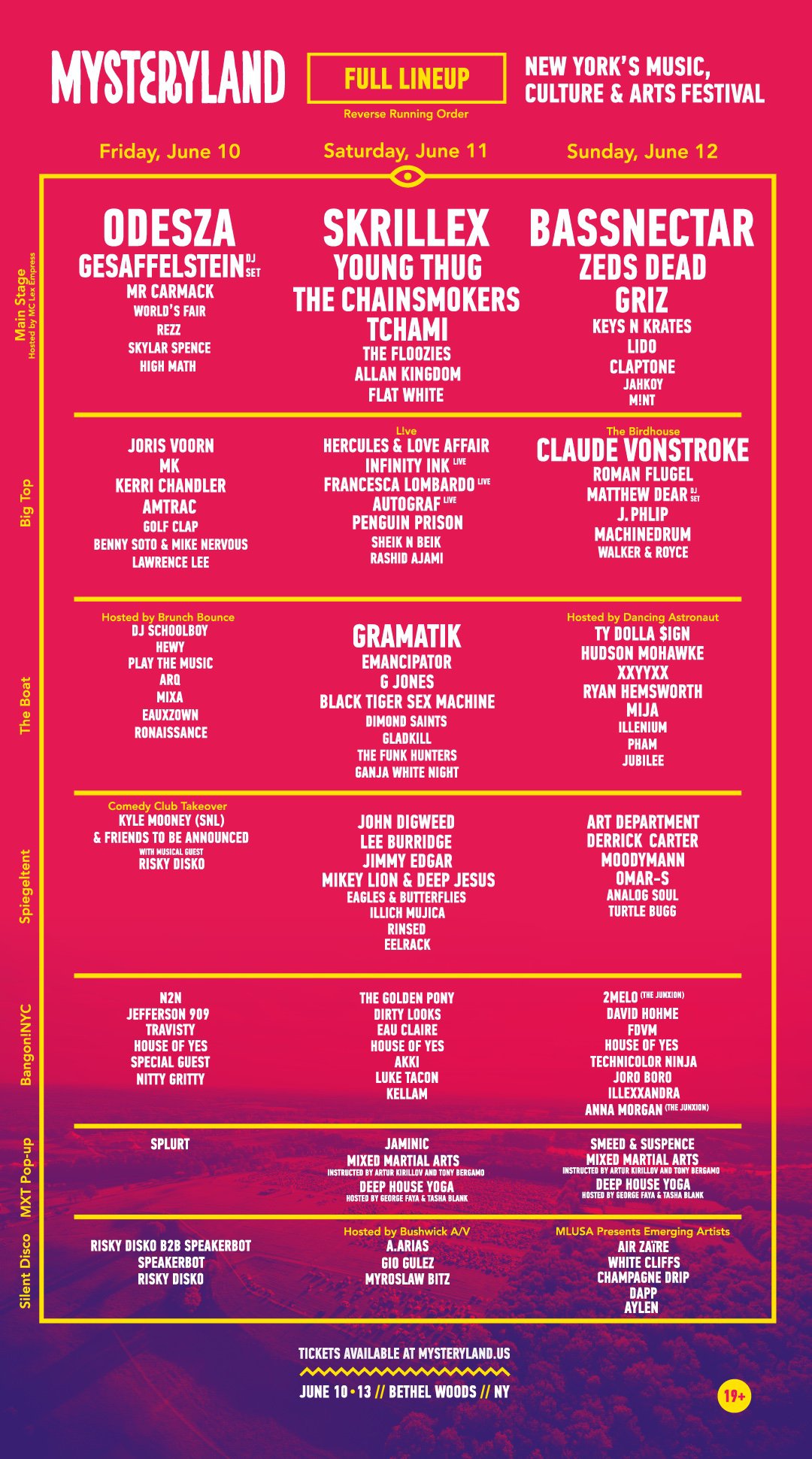 Now heading into its third year, Mysteryland USA has rapidly entrenched itself as a premier destination on the summer festival circuit. As the festival is a scion of the The Netherlands’ original Mysterland — the longest running dance festival in Europe — this isn’t wholly unexpected. The USA’s edition has already revealed a powerful triumvirate of headliners for the festival’s three: Odesza, Skrillex, and Bassnectar. That’s to say nothing of an undercard featuring a DJ set from Gesaffelstein, as well as sets from the likes of The Chainsmokers, GRiZ, and Tchami. Dancing Astronaut will also be hosting the Boat Stage on the festival’s last day.

To further bolster its lineup, Mysteryland USA has announced the additions of artists such as Amtrac, Machinedrum, Mikey Lion & Deep Jesus, Penguin Prison, and Roman Flugel. The festival will also be hosting live sets from the xylophone aficionados Autograf and Infinity Ink.

The amended lineup, as well as the schedule for all three of the festival’s days, is available below.

Contest: Remix Illenium’s ‘Without You’ for your chance to perform at Mysteryland USA

Woodstock to return for 50th anniversary in 2019