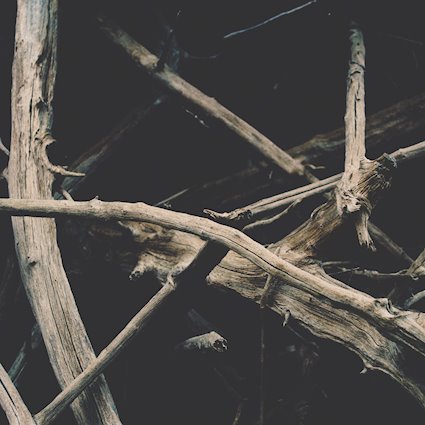 Atlanta-based Joshua Worden has been known in ambient and experimental electronic circles for a while, having had a number of releases since 2008. Because of his style also crossing over into indie electronica as well, however, he’s now being noticed by the EDM world as well. The sound on his new EP Cinders crosses back and forth over a number of genres, but the experimental side does now seem to be in the background, where trip hop and indie are more forward.

When the four track Cinders opens with “Bivens Arm,” Worden’s vocals seem to dominate, with a chilled out trip hop beat in the background. Indie pop might be a way to describe it; perhaps a more plugged-in Bon Iver. That tone changes quickly for “The Wonder,” which, while still structured in a pop or rock style, has much more experimental feel, with synths which sound like mid-’80s ambient groups like Tangerine Dream. The 80s wave synths continue into “Tennessee” and closing track “Echoes,” but in these tracks the synths have more of a starring role. Think Passion Pit or Ratatat rather than Bon Iver.

No matter what the style of each track on Cinders, Worden’s vocals do most of the emoting. While his synths have become more aggressive compared to previous releases, Worden’s warm and complex voice remains a constant so his music thus seems to be more indie than electronica. Combining indie rock and electronica isn’t a new concept, but it can be done really wrong. Worden definitely does it right.

Cinders is on a limited Spotify release at the moment, but check out Worden’s website for details for the full release.