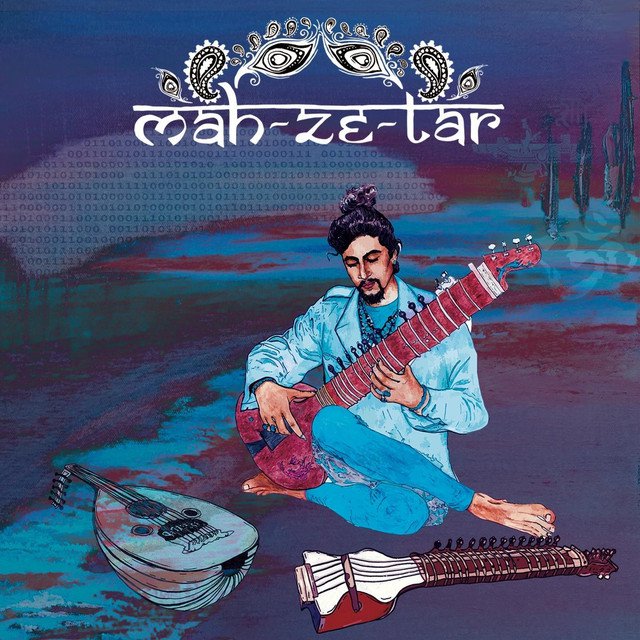 There have been a lot of attempts to fuse traditional Indian and Middle Eastern music with EDM, and it seems to run the gamut in terms of success. Some fusion efforts can turn out haunting and gorgeous, while others come out downright hokey and even the wookiest wook at Youtopia wouldn’t be interested. Luckily multi-instrumentalist and wicked producer Mah-Ze-Tar’s latest album Liquid Lotus falls squarely in the haunting and beautiful category.

Such a fusion of east and west is an incredibly difficult process, as both Indian and Middle Eastern music are set up differently structure-wise. The staffs, the notes and most importantly the timing are almost directly contrary to the more simple and regular structure of Western music. With the benefit of EDM being a looser structure which can accommodate the intricate madness that is Persian and Indian music, Mah-Ze-Tar is taking on a new challenge by also incorporating elements of jazz and classical music. As if this type of fusion weren’t tricky enough.

In the title track off of Liquid Lotus, Mah-Ze-Tar (given name Maz) gives a fascinating performance blending traditional Persian violins and the Indian sitar with EDM beat which lands somewhere between trip hop and house. The juxtaposition of these beats gives Maz just enough room to jam the many and sundry notes of the sitar and Persian violin into the track without it sounding too busy or being overly intericate, taking away its danceability. The music is passionate and soulful, but what brings it all together is Maz’s own vocals. Ambient and indie-inspired, the existential and comparatively simple lyrics of “Liquid Lotus” float simply above the complex music, tying everything together and creating a more complete sound structure than if it had just been the music alone.

It’s no wonder that Mah-Ze-Tar has played at Burning Man and Lightning in a Bottle in addition to being part of the Santa Barbara Middle Eastern Ensemble. He is truly straddling worlds with his music and with Liquid Lotus, he’s poised to gain recognition in all of them.

The rest of the Liquid Lotus album is just as interesting and powverful. Look for it on Spotify or CD Baby.

This article was first published on Your EDM. Source: New Artist Spotlight: Mah-Ze-Tar: A Little ‘Liquid Lotus’ for the Burners