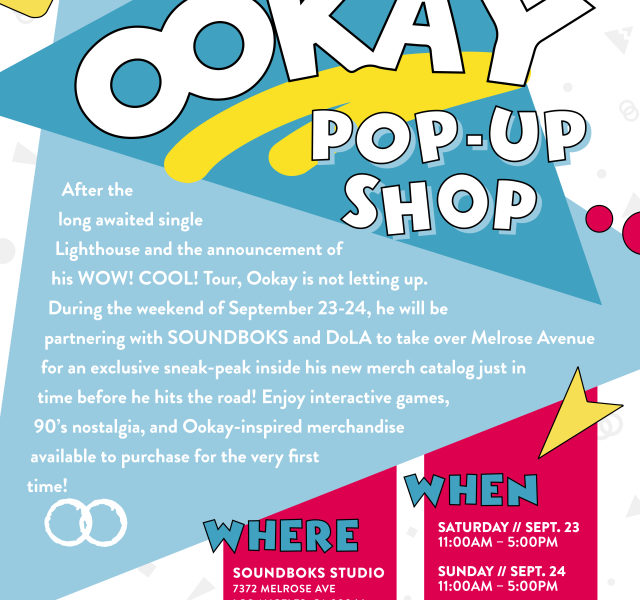 Ookay To Pop Off This Weekend In LA At Wow!Cool! Pop Up Shop

These past few weeks have been nothing short of crazy for Ookay. Besides releasing his highly anticipated single with Fox Stevenson titled, “Lighthouse” out now via Monstercat, he has also managed to rock Nocturnal this past weekend with his first live performance as well as announce an upcoming tour across the States. If you didn’t think all this was cool, Ookay has also revealed an epic pop up shop to take over Sounboks Studios in partnership with DoLA this weekend on Melrose to not only reveal his amazing new merchandise for the first time ,but to have some fun with interactive games and 90’s nostalgia. Did someone say “Wow!””Cool!” Well, that’s the idea. The Wow!Cool! Tour kicks off shortly, but before then it’s time to party. You can RSVP for both days here as well as check out his latest single with Fox Stevenson below.
Where: Soudboks Studios
When: Saturday, September 23rd 11:00am-5:00pm
Sunday, September 24th 11:00am-5:00pm
Who: All Ages