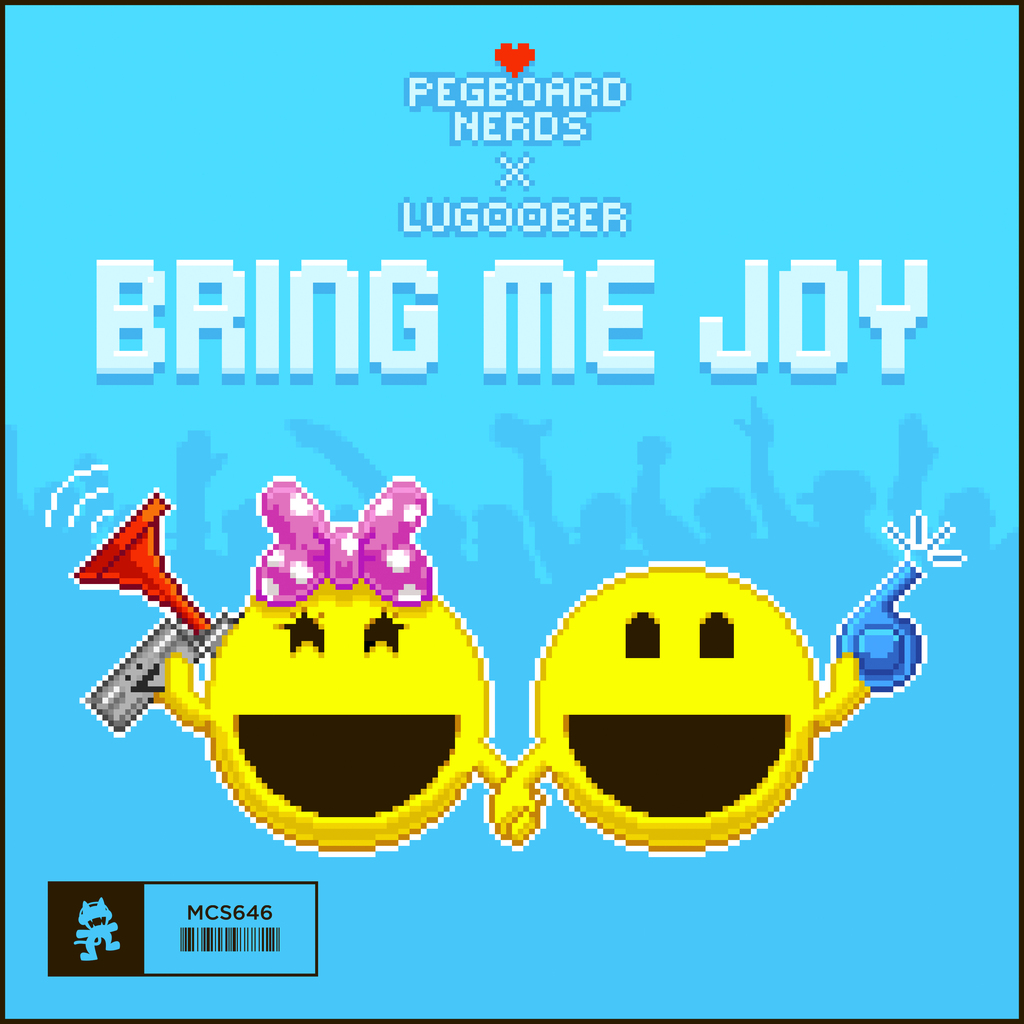 If you’re a basshead, chances are astronomically high that you’ve heard of – or maybe even regularly listen to – Pegboard Nerds. Though the Scandinavian producers comprising the duo (Alexander Odden and Michael Parsberg) had seen literal decades of success prior to their union, the two reached all-new heights when they started putting out Pegboard Nerds music in 2012.

Since the duo’s formation, Pegboard Nerds have had an extremely versatile sound, which has made them perfect collaborative partners for big-name artists like Krewella, Snails, Jauz, Excision and NGHTMRE. Lately, however, the duo has stepped back from pumping out these huge collaborations and has seemingly refocused their direction, using their fame to bring talented up-and-comers – like Quiet Disorder, Spyker and Chimeric – into the spotlight.

The most recent edition to this list of collaborators is lug00ber, who co-produced the Nerds new single “Bring Me Joy.” If you’ve never heard of this artist before, we don’t blame you, because neither have we. Despite being being a drum & bass producer with numerous years of experience under his belt, lug00ber has remained in the underground scene for the entirety of his career. In fact, “Bring Me Joy” is lug00ber’s most popular production ever (by a long shot), despite it being released just 24 hours ago.

Thankfully, lug00ber decided to start his mainstream career in a pretty huge way. “Bring Me Joy” is a monumental collaboration; a collision of contemporary drumstep and early 2000s rave music (dominantly happy hardcore). While these might seem like two odd styles to bring together, Pegboard Nerds & lug00ber somehow managed to do it seamlessly. In short, it’s a full-on blast of heaviness and nostalgia all at once. Trust me, you don’t want to miss out on this one.

Pegboard Nerds will also be heading out on their “Supersonic” North American tour in a little over a week. Check out the full list of tour dates and snag your tickets here.

Listen to “Bring Me Joy” below:

Support on all platforms: Monstercat.lnk.to/BringMeJoy