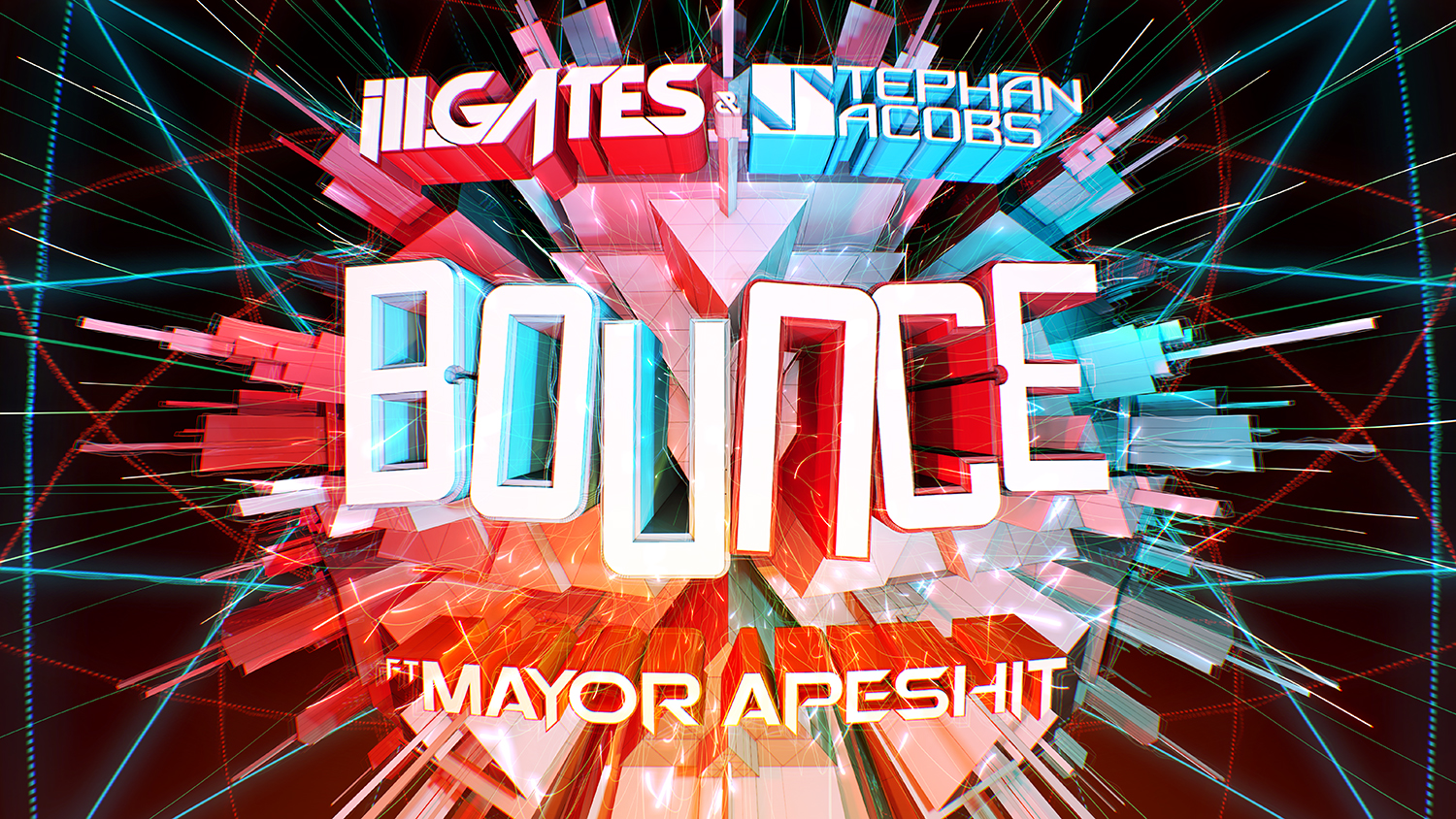 In the underground scene, Ill.Gates and Stephan Jacobs are both icons in their own right. So, a collaboration between the two bass maestros is always cause for celebration. This one is called ‘Bounce’, and rightfully so; it will have you out of your seat in no time flat.

The duo wastes no time in getting to the nitty-gritty. Featuring the vocal talents of Mayor Apeshit, things get wild almost immediately. Booming bass and fast-paced drum patterns collide with twisted synth melodies that sound like they came from an alien mothership. The lyrics go undeniably hard, with Apeshit rattling off clever rhymes and one-liners like he was born to do it. And things don’t stop with the original track; KJ Sawka, Subp Yao, Pigeon Hole and several others are on remix duty. Each one of them absolutely crushed their edits, re-imaginging the tune as everything from dubstep to future bass and beyond. This is the second installment of remix EPs leading up to Ill.Gates forthcoming album Terminally Ill, so you definitely don’t want to be caught sleeping on these tracks.

While no release date has been set for the full album, you can check out the full stream of ‘Bounce’ after the jump. If you like what you hear, be sure to grab a copy of your own on Bandcamp, Beatport, or other digital retailers.