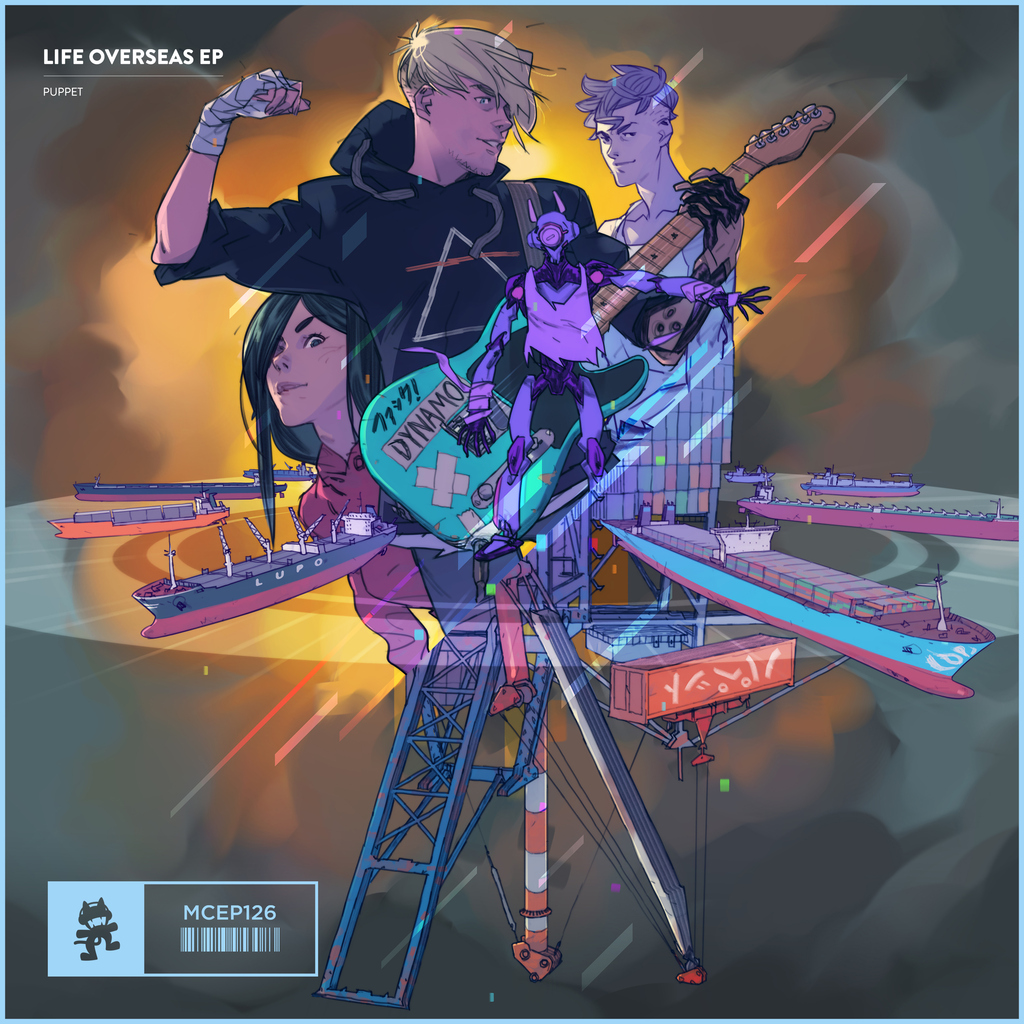 On December 10th, 2014, Monstercat unveiled an artist named Puppet to the world for the very first time. Though his debut – “Scribble” – was definitely nothing to scoff at, the label could have never predicted that the track would be the first chapter to such an incredible journey.

Puppet quickly became a sensation within the Monstercat community, largely for his distinct brand of electro house. However, Puppet never seemed to be happy sticking with one particular style for too long. This was especially evident on his debut EP Soft Spoken, which contained an unconventional, yet tasteful blend of different genres.

From Soft Spoken and on, Puppet has been all about pushing the envelope, while also giving himself space to move forward and progress as an artist. With every passing project, however, Puppet made his long-term vision more and more evident: making punk rock music.

For the first time ever, this vision has finally into full swing with Puppet’s new EP Life Overseas. Released three years (and one day) after “Scribble,” Life Overseas sees Puppet finally embracing his punk soul for all that it’s worth, taking the lead on the EP’s vocals and blending in more electric guitar than ever before.

While his own vocals appear in every track on Life Overseas, Puppet definitely doesn’t come out as aggressively as he did on the single “Dynamo” across the board. In fact, this EP contains some of Puppet’s most heartfelt work to date, like the soft, vocoder-driven “First Time Fighting” and the ultra-euphoric “Bigger Picture” with Foria.

The only track that Puppet doesn’t take lead vocals on is “Chin Up,” which features the up-and-coming vocalist Azuria Sky (who has worked with the likes of Panda Eyes and Dion Timmer in recent months). The song is somewhat akin to “To Be Alive” (from Puppet’s Fear Is Fleeting EP) by means of contrasting a tender-voiced singer with a hard-hitting drumstep beat. This contrast worked out great last time and it definitely isn’t bad in this case either.

While I could go on and on about every little detail in Life Overseas, the whole fun of it is getting to experience the project for yourself, so make sure to dive in if you’ve got 15 minutes to spare. Getting to hear Puppet in his purest, rawest form is definitely not something you want to miss.

Listen to Life Overseas and download the EP below:

Support on all platforms: Monstercat.lnk.to/LifeOverseasEP