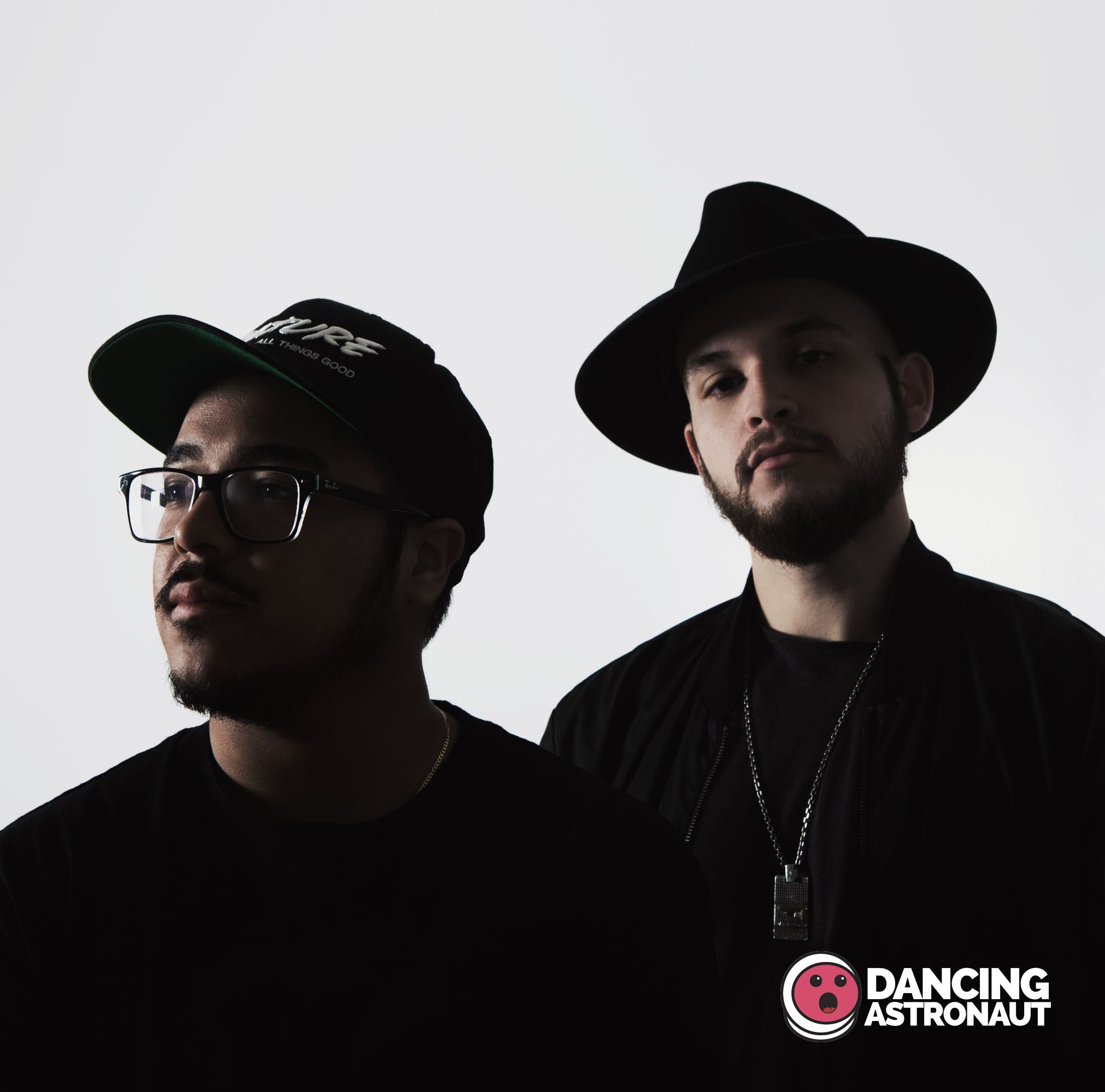 Firstly, you guys have so many diverse interests in music. You’re constantly talking about hip-hop, alt-rock, all these different things…. So we just wanna know, what artist or genre that you guys listen to would we be surprised to learn about?

Wow…. there’s honestly been so many different artists that we’ve been inspired by together. I guess for ME (Matthew) someone that’s really inspired me, Manchester Orchestra! I just saw them play like, a few days ago and…. woah, they’re incredible. [How bout you Julio?] Oooh, I’d have to say BADBADNOTGOOD, it’s like this Jazz, super-cool, funky music…. that’s a terrible description of them, but they’re amazing. [Great answer Julio!]

Who are some artists in electronic music who are doing some shit where you’re like “Wow, this is so cool”?

Some artists that we really fuck with right now, Party Favor, for sure. Wookie, also! [Julio grabs mic] Dombresky is super dope…. umm, Sofie, from the UK, SUPER FIRE. [Matthew speaking] Born Dirty, they have some really… weird shit… which I love. And of course…. Chris Lake, the legend. Tisoki! Some dubstep stuff…. killing the game right now! Oh an GTA! They do some pretty cool stuff I guess…. I wish we could be them….
One thing that we’ve noticed about you guys…. With everything so “sanitized” these days, you two seem to remain very raw and real about politics and your stances on social issues. Could you just speak on why it’s important to you guys to give a voice to these things?

As far as politics and stuff goes, to each their own… it’s kind of what politics are about. [Matthew speaking] Personally, I know both of us like to voice our opinions, and I feel like that’s part of your personality… it’s part of you and what you believe in should be a part of what you talk about. I don’t know… it’s better to say something than be quiet and standby doing nothing.

[Julio speaking] I mean honestly though, we’re Hispanic and I think one thing we all naturally gravitate towards is rights and our people. We want to represent properly and at the end of the day, we just want people to be happy and enjoy life… enjoy good times. [Matthew] YES! Good Times Ahead!

So what is your hope for your music? With your new album you just released, what are you trying to convey to your listeners and the world when they listen?

When we produce music, we really have just one goal: to put a smile on people’s faces. Just like it does for us when we make it…. When we’re in the studio, we really just make things that we are super excited about. It’s a regular occurrence for Julio and myself to just dance around the studio when we make music because we love it so much. If we can bring that feeling to you guys, then we’ll be happy.

Okay, we’d like you two to takeover the interview and ask each other one question to answer for your fans! (Check out above!)